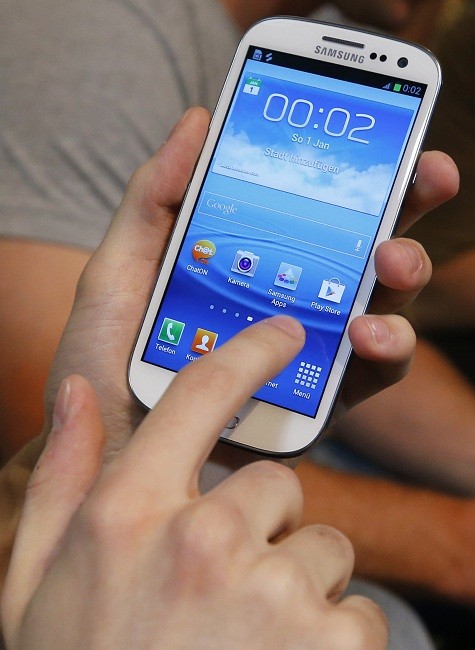 As Black Friday draws nearer retailers continue to release increasingly competitive deals on smartphones like the Samsung Galaxy SIII and Apple iPhone. A few companies are even offering the Galaxy SIII for free or close to it.

Sprint is offering the Samsung Galaxy Nexus and Samsung Galaxy Victory 4G for free during the entire Black Friday weekend: Friday, Nov. 23, to Sunday, November 25. Of course, this sounds amazing on the surface, but you'll only reach the "free" price point after mailing in a $50 rebate and signing a two-year contract.

Sam's Club is certainly in the running for "best deal of the shopping season" with this one: The retailer plans to sell the Samsung Galaxy S3 for 96 cents ($0.96) the day after Thanksgiving. If you're a part of the club, you can pick up the hottest phone of the year for less than a dollar, as long as you sign a new 2-year contract.

Sam's Club is the membership-only chain owned and operated by Walmart. Sam's Club will open their doors at 7:00 a.m. on Black Friday. However, users can shop SamsClub.com starting the day before Thanksgiving, Wednesday Nov. 21, at 11:00 p.m. EST. Starbucks will be also be offering free coffee and treats to Sam's Club early bird shoppers.

Best Buy is offering the Pebble Blue Samsung Galaxy SIII for $49.99 with a 2-year AT&T contract.

Top selling smartphone in the world

Samsung's Galaxy SIII smarthphone has officially stolen the iPhone 4S's crown, and is now the bestselling smartphone in the world, according to new research by Strategy Analytics.

Samsung's Galaxy S III overtook Apple's iPhone 4S to become the world's bestselling smartphone model for the third quarter (July through September) of 2012. The Galaxy S III shipped 18 million units worldwide, compared with 16.2 million for the iPhone 4S. That's 11 percent of all smartphones shipped on the planet, according to Strategy Analytics.

Released in May 2012, the Android-based Galaxy S III boasts a bigger 4.8-inch touch-screen, and longer battery life than the iPhone 4S, along with more megapixels in its camera, and the ability to run on 4G cellular networks. Some tech sites have rated it the best smartphone available.

Samsung announced the company had huge sales expectations for the Galaxy SIII back in September. On Sept. 15 Samsung made a statement that it expected sales of its flagship Galaxy S III smartphone to exceed 30 million units by the end of 2012.

According to a report from the Yonhap News Agency, Samsung's IT and mobile unit chief, Shin Jong-kyun, made the prediction during a briefing with reporters at the company's Seoul office. The forecast came just days after the South Korea-based electronics giant announced that it has already sold 20 million Galaxy S III units in just over three months.

In August, the Galaxy S III replaced the iPhone 4S as the top-selling smartphone in the United States, Canaccord Genuity analysts wrote in a Sept. 3 report.

microSD, microSDHC, microSDXC up to 64 GB