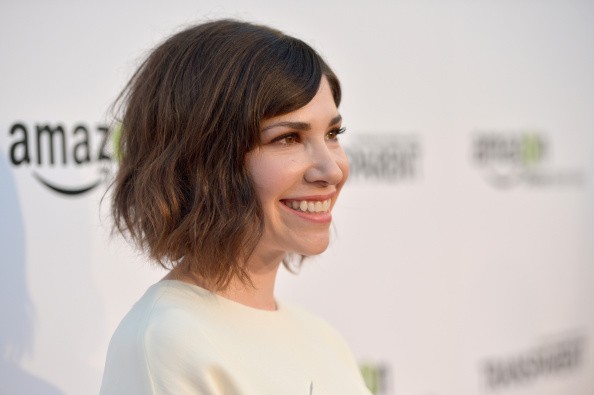 "Portlandia" star Carrie Brownstein is going on a month-long book tour for her upcoming memoir "Hunger Makes Me a Modern Girl." But this isn't just any book tour. The musician-writer has invited a flurry of stars to join her at her every stop.

Flavor Wire is reminded of this star-studded book tour with Taylor Swift's concerts, with the artist being joined on stage by a surprise, often completely unexpected, celebrity guest. The likes of Ellen DeGeneres, Lisa Kudrow and Avril Lavigne performed with "Bad Blood" singer.

But Brownstein's "Hunger Makes Me a Modern Girl" book tour is different in a way that the celebrities joining her as guest interviewers are already listed and revealed. The tour will start on Oct 27 in Brooklyn, New York where she will be joined by the multi-instrumentalist Questlove.

Comedian Amy Poehler, "The Circle" author Dave Eggers and Aidy Bryant from "Saturday Night Love" are among the big names helping the former Sleater-Kinney guitarist in promoting her biography.

Pitchfork editor Jessica Hopper will also be tagging along with the MCA and the event she is on is sold out as per the website. Check out below the complete list via AV Club of Brownstein's stopovers and the respective celebrity guests joining her.

"Hunger Makes Me a Modern Girl," as per Rollingstone, tells in the most "intimate and revealing" way Brownstein's journey from getting out of a "turbulent" family life and into the world of music where she found solace, self-invention and the place where she belongs.

The star then fleshed out the "flourishing and fiercely independent music subculture" of the era that eventually led her to star in "Portlandia," which she did not get into that much in the book.

In summarizing the memoir, Brownstein told NME that "It pretty much ends with Sleater-Kinney going on hiatus, and a little bit of leading on from that."