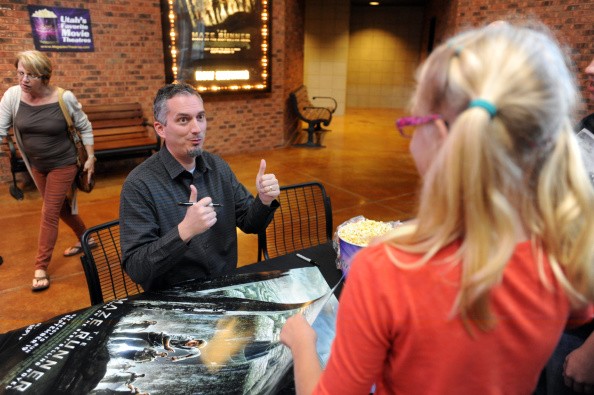 Start the month right with some good titles and a few movie retellings. September is bound to treat readers and moviegoers alike with hilarity, action, drama and mystery with a slew of books hitting the big screen. Here's a list of five books becoming movies that you shouldn't miss.

The retelling of this New York Times bestseller just hit the cinemas yesterday. This book is actually a memoir, a very humorous one at that, of travel writer Bill Bryson that focuses on his attempt to walk the Appalachian Trail.

CS Monitor says that the movie, which stars Robert Redford as the Iowa-born adventurer, centers on Bryson's frustration after a guesting in a talk show that led him to embark a wilderness adventure -- his idea of unwinding. Nick Nolte and Nick Offerman also star.

This is the second installment in the post-apocalyptic dystopian science fiction trilogy. The story picks up from Thomas and Gladers' success in getting out of the maze and entering another test, which involves destructive zombie-like creatures called Cranks.

Dylan O'Brien reprises his role as Thomas. Kaya Scodelario, Thomas Brodie-Sangster, Patricia Clarkson and the rest of the gang return. Pop Sugar adds that there will be new faces too including Nathalie Emmanuel, Aiden Gillen, Giancarlo Esposito and Lili Taylor.

The book is a true account of a group of climbers who hiked Mt. Everest and died as they did. The author himself was part of the crew. In the movie adaptation titled "Everest," Weathers will be played by Josh Brolin.

This is another true story that follows notorious gangster Whitey Bulger, a '70s Irish mob leader. He had a childhood friend named John Connolly, who an eventual an FBI agent who sought for his help to defeat the Italian mob.

Its stellar casting starts with Johnny Depp as the mobster and Joel Edgerton as Connolly. The rest of the ensemble includes Benedict Cumberbatch, Kevin Bacon, Juno Temple and Dakota Johnson.