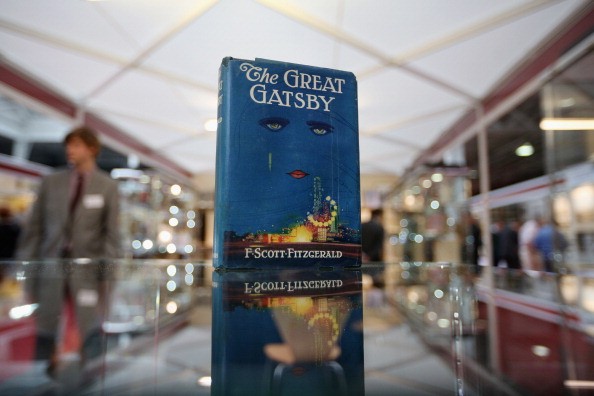 (Photo: Oli Scarff/Getty Images) LONDON, ENGLAND - JUNE 13: A first edition of F Scott Fitzgerald's 'The Great Gatsby' at the London International Antiquarian Book Fair in the Olympia exhibition centre on June 13, 2013 in London, England. The Antiquarian Booksellers' Association was founded in 1906 and their book fair is the oldest in the UK having run for 56 years. It attracts approximately 200 book dealers from around the world, selling fascinating and rare books, maps, prints and manuscripts. (Photo by Oli Scarff/Getty Images)

The famed literary genius behind "Norwegian Wood" and other iconic novels like "1Q84" and "Kafka on the Shore" Haruki Murakami has read tons of books. But just like every bookworm out there, he has his favorites that fans should take note of.

Here are five titles Murakami recommends you to pick up.

In an interview with Time Magazine, Murakami admitted that the jazz-filled classic was his "favorite."

"I translated it a couple of years ago. I wanted to translate it when I was in my 20s, but I wasn't ready," he revealed. The protagonist in the Japanese author's book "Norwegian Wood" loves F. Scott Fitzgerald.

Set in the 1920s, "The Great Gatsby" revolves around powerful billionaire Jay Gatsby who loves only two things -- the beautiful Daisy Buchanan and extravagant parties.

The contemporary Japanese writer said he read the book when he was 17 and described it as "dark" and "very disturbing" but nonetheless enjoyable.

"I remembered it as being funny, but it's dark and strong. I must have been disturbed, when I was young. J.D. Salinger has a big obsession, three times bigger than mine. That's why I'm here, and he isn't," Murakami said via Observando.

Written in a first-person perspective and refraining from the mention of adults, the coming-of-age story is what put JD Salinger on the literary map. It follows 16-year-old expelled student Holden Caulfield as he goes underground in New York City.

This is the book, which The Guardian says is the author's "most beautiful" and "most emotional," that exposed the 66-year-old novelist to the work of Kafka who is one of his writing influences.

"It was a great big incredible book. It gave me a tremendous shock," Murakami said via Famous Picks.

"The Castle" has a no-name protagonist, a land surveyor only addressed as K. The book follows him as he arrives in a village and uncovers the mystery of the people that govern the place.

"Most writers get weaker and weaker as they age. But Dostoevsky didn't. He kept getting bigger and greater. He wrote the Brothers Karamazov in his late 50s. That's a great novel," Murakami gushed as quoted by Favobooks.

The award-winning tome features characters from different social classes whose lives are interwoven with themes of love, law and duty.

"Philip Marlowe is Chandler's fantasy, but he's real to me. Partly, he made me," Murakami told The Guardian. When he was a student, the author even wished he lived like Marlowe.

The mystery series has four books "The Big Sleep," "The High Window," "Farewell My Lovely" and "Lady in the Lake" all narrating Marlowe's detective adventures involving golden coins, mousy secretaries, casinos and everything in between.