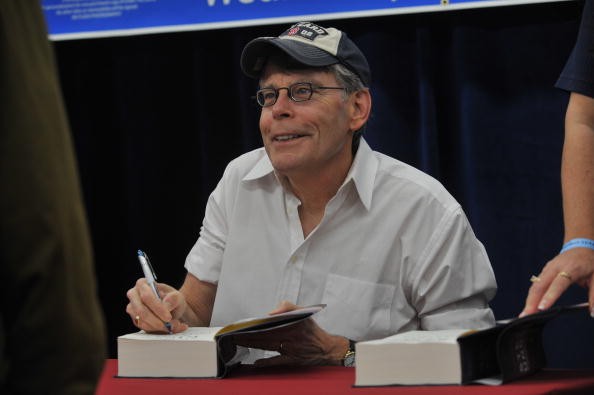 The master of horror Stephen King will be awarded the National Medal of Arts tomorrow. US president Barack Obama himself will personally bestow the prestigious accolade to the acclaimed author of the most notable and celebrated horror fiction titles the likes of "It" and "Carrie" in the White House.

"One of the most popular and prolific writers of our time, Mr. King combines his remarkable storytelling with his sharp analysis of human nature. For decades, his works of horror, suspense, science fiction, and fantasy have terrified and delighted audiences around the world," White House described.

Forty years ago, King published his debut novel "Carrie." As reported by Books N Review, the 67-year-old author, who was a janitor at a high school at that time, almost gave up on it. He threw away the manuscript because he thought it wasn't good. If it wasn't for the request of his wife to see the ending, he would've abandoned it and it wouldn't have become a classic it is today.

King went on to write more titles, which, to date, already amount to over 60. According to Vulture, White House wants to recognize the novelist for his gift to drive the living daylights out of readers through the pages of a book. Most of his works inspired TV and movie adaptations.

The nightmare-inducing clown Pennywise from "It" was brought to the silver screen in 1990. "Carrie" starring Chloe Grace Moretz had a successful run in the cinemas when it was released in 2013. CBS adapted his science fiction novel "Under the Dome" into a series of the same name that's scheduled to air its finale tomorrow. His 2011 fiction "11/22/63" will be a mini-series soon as well.

The event will take place the afternoon of Sept 10. President Obama will be joined by First Lady Michelle Obama during the ceremonies.