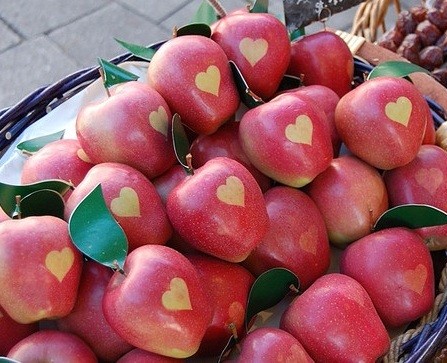 While Apple's release of the new iPhone 5 and iOS 6 this week hogged every headline, the company isn't proud of the other side of that story. It seems virtually everyone has confirmed it at this point. Apple's Maps application is an unquestioned failure. It's the vacant-headed model at the smartphone dinner party - all beauty, no brains.

There are so many slick new features in iOS 6 you may have glossed over Apple's re-branding/ imagining of its Maps application, but for its new device, Apple has decided not to renew a contract with Google. That means Google Maps and YouTube will no longer come pre-loaded on the smartphone. Instead, the iPhone 5 features a totally new navigation app called Apple Maps.

By now, most seem to agree that while the new Maps is aesthetically-pleasing, and offers some cool new features like free, voice-prompted, turn-by-turn navigation, the bad outweighs the good.

According to T3, Apple Maps will be one of the iPhone's most polarizing talking points. Even with some nice features the functionality of the app's search was reportedly "hit and miss in terms of finding London locations."

Apparently, Apple's new app displays more road names than place names, and does away with color-coded roads, so, navigating to a specific point using pinch and zoom is much trickier.

Engadget thought the app wasn't nearly as comprehensive as Google's offerings on Android. The site said the app's biggest drawback was its lack of public transportation directions, so if you haven't mastered the subway yet, you won't be getting any help from the iPhone 5.

And while asking for subway directions doesn't work particularly well, according to Engadget, the app actually does offer public transportation directions. However, if you choose that option it shoots you straight into the App Store with a search for "Routing Apps," a search that currently has zero results.

Engadget also notes Apple Maps' lack of a detailed layering that you can apply in Google Maps and Google Navigation, and shows you whatever you want to see. Maps will list some important places of interest -- mostly gas stations and convenience shops -- but if you want to see all Italian restaurants on your route you'll have to dig deeper.

While Maps does show traffic, Engadget says it never saw it give a warning about traffic along a route currently being navigated.

Allthingsd says the app is a step backward from Google Maps. Apparently, while Apple's maps feature a 3-D "Flyover" view of some central cities, they lack Google's very useful ground-level photographic street views. And while the site thought Apple's maps were accurate, they reportedly tend to default to a more zoomed-in view than Google's, making them look emptier until you zoom out.

Why other apps Make-Up for Maps' failure

We've already discussed the great potential of Apple's new Passbook app, and there's a lot to get excited about here. The app is one of only a few technologies poised to bring us the next big tech innovation crown: making your phone a digital wallet.

Passbook is an app that will put all your digital coupons, tickets and loyalty cards in one place, and potentially, be a way one day to use the iPhone as a digital wallet. There has been much talk in the past few years about turning phones into digital wallets -- letting people use their phones to surf the Internet, make calls and pay for lattes and muffins.

"Every opportunity I have to get in front of a client, it's the first thing I talk about," says David Reeves, vice president of the 22squared advertising agency. "This is huge. Apple doesn't do anything halfway. This is a tremendous opportunity to revolutionize the way we use our wallets."

The iPhone 5 is choosing Passbook over NFC, partly because many analysts, like Shaw Wu, an analyst at Sterne Agee, argue the technology just isn't there yet, and that the chip hogs too much battery power.

But Wu does expect Passbook to pave the way for mobile payments eventually. Apple just has to get a critical mass of consumers using it. At that point, Apple will be able to persuade retailers to modernize their payment equipment to work with the iPhone.

Visa, MasterCard, Starbucks, Google, Square, PayPal, Intuit and others have been working feverishly to make mobile payments a way of life, but the practice has yet catch on in the mainstream, because businesses are waiting for it to become more widespread.

"With Passbook, you can scan your iPhone or iPod Touch to check in for a flight, get into a movie and redeem a coupon," Apple says on its website. "You can also see when your coupons expire, where your concert seats are, and the balance left on that all-important coffee bar card."

"Your mobile device will become your wallet. Whether it's in a few months, a year from now or longer, it's going to happen," Daniel Delshad developer of a new app, Loyaldash, says.

According to Wu, the long-range game plan for Apple is to have the smartphone do everything -- start the car, lock it, open the house and garage, turn on the air conditioner and heater -- and, of course, become the vehicle to pay for goods with a swift swipe of the phone.

After the voice-activated Siri feature was announced last year for the iPhone 4S, it seemed everyone with the latest iPhone was walking around asking their device questions and making requests. A survey by Park Associates released in March found while 87% of iPhone 4S owners were using the tool at least once a month, most were using Siri mostly for a few basic tasks, primarily making phone calls and sending texts.

A new batch of features may broaden their horizons. The most useful addition is Facebook and Twitter integration. You can dictate 140 characters to share on Twitter or an update for your Facebook timeline. Apple has teamed up with some outside companies to improve results. Rotten Tomatoes improves movie reviews, Open Table beefs up restaurant results and makes it easy to make a reservation using Siri. Sports nuts will dig the Yahoo-fueled scores.

Other new features include being able to launch apps and get local-focused search results.

The camera is one of the iPhone and iPod touch's killer features (less so on the iPad, if only because holding up a giant rectangle to take a snapshot is cumbersome). New camera features are always one of the more fun updates, and this round has two notable new tools. (Last iOS update we gained the ability to edit photos directly in the Camera Roll and an overlay grid.)

First up is the ability to shoot panoramic photos, which are instantly stitched together and saved to your camera roll. There are plenty of apps that already do this exact thing, but having it built into the camera app makes the process easier. In limited testing, it also appears to be incredibly fast when processing the final image, and does a nice job of seamlessly sticking the whole affair together. Panoramic photos go up to 280-degrees and the final image can be as large as 28-megapixels. The feature only works on the iPhone 4S, iPhone 5 and fifth-generation iPod touch.

Shared photo streams are the other major new feature. It is almost awesome, but only for friends also in the Apple eco-system. You can now share specific photos -- say only photos of your cat or baby or cat and baby hanging out -- with one or a group of friends. Your friends can then like and comment on the photos, which are viewable in the Photos app (on phones running iOS 6), in iPhoto on a Mac or on an Apple TV. Private Photo Streams can only be viewed by people with an iCloud account. It is possible to publish a photo stream as a public site for anyone to see, but it does now allow commenting or likes.

The Mail app has always been simple but effective. With iOS 6, Apple is starting to add a few extra bells and whistles, and one key feature that was mysteriously missing.

Finally, you can add a photo or video directly from within an email. Previously, you had to start your email from the Photos app or paste an image in. It was always an odd omission.

There is a new VIP option for those important emails you can't dare miss. Click on any sender's name and select "Add To VIP," and in the future all emails from that address will appear in the special VIP folder. The VIP folder will show up in the Mail app no matter what, even if you don't plan on using it. It's also possible to flag important email.

So, while Maps might be a failure, there's still plenty to be excited about inside iOS 6. And with the news recently that Google is currently making its own iOS6-enabled Google Maps, if you're one of the many reeling from downgrade of Apple's Maps, you shouldn't have to wait much longer.