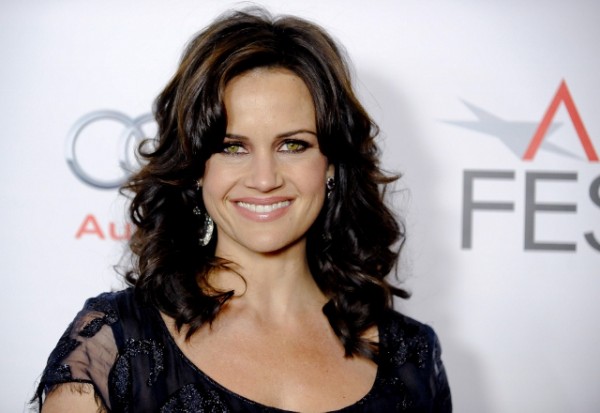 Fans already know who they want to play the two lead roles of "Fifty Shades of Grey," Anastasia Steele and Christian Grey.

However, there are other important supporting roles, such as Mrs. Robinson.

Elena Lincoln (whom Anastasia semi-jokingly dubs Mrs. Robinson) [SPOILER ALERT!!] was one of Christian's mother's close married older friends, and coaxed him into an affair with her.

"Political Animals" star Carla Gugino is now being considered for the role of Mrs. Robinson.

"The two will engage in a Fifty Shades of Grey-esque relationship when Schmidt is forced to sign a contract that binds him to Emma," according to EW.

The contract is dubbed as a similar one that Christian gives to Ana to sign.

It's no surprise that Greenfield would want to play the sexy billionaire Christian Grey.

According to E! Online, Greenfield revealed that nudity is not the issue in "Fifty Shades."

"Yeah, that's not a problem," the "New Girl" star told Giuliana Rancic during the Emmy's red carpet on doing full frontals for the part.

"That's not the issue. It's the issue of whether they wanna see that much intensity onscreen, because that's what I plan to bring."

In August, the 32-year-old actor said he would take on the role of Christian.

"I want to audition for the movie," Greenfield said in an interview with Celebuzz. "I think I'd be great in it."

Greenfield and Gugino have some fierce competition.

So "Fifty Shades" fans, who do you think should play Mrs. Robinson and Christian Grey? Sound off below!