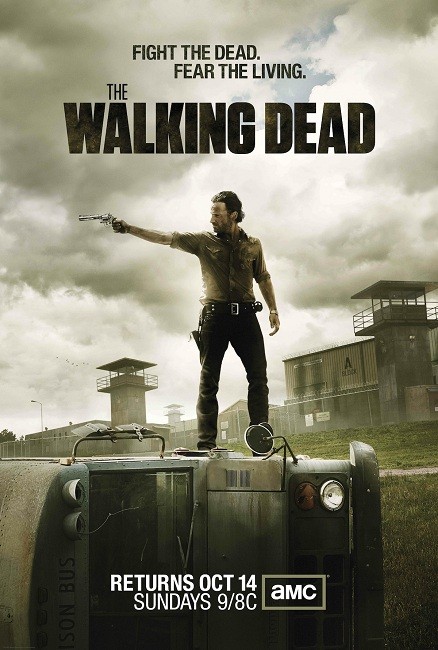 Star Andrew Lincoln (who plays group leader Rick Grimes) has assured fans the third season has a barnburner approach, so strap yourselves in, and get ready.
(Photo : AMC)

It may have been underground for a full year, but the season premiere of AMC's "The Walking Dead" chomped at the bit like it had a score to settle. And while the TV series continues to build upon the narrative creator Robert Kirkman began in his comic book series of the same name, the first episode of season three, "Seed," decidedly cuts its own path through the zombie wasteland.

Based off the monthly black-and-white comic book series written by Kirkman, "The Walking Dead" follows a gang of lost souls just trying to survive day-to-day life in a post-apocalyptic U.S. overrun with the living dead. The first two seasons of the AMC series were hugely-successful. After the season two premiere broke cable ratings records in the 18-49 demographic AMC renewed the show for a third season.

While many fans complained of season two's languid pacing, "Seed" more than made up for the time we lost endlessly searching for Sophia.

"What is important is the character development and the fact that you, as an audience member, get emotionally engaged," said star Andrew Lincoln (Rick Grimes) in an interview with Rolling Stone.

"I think we probably did spend too long looking for Sophia, but I think there is a balance between the two that I think is one of the most important things that we're challenged with doing on this show: to get that mix of character-driven action, thrills, horror, romance and some humor as well. Some lightness within this bleak world."

Season three's premiere was a breathless cocktail of brain-gushing violence, intense action sequences, and scene setting for the rest of the season to come. We catch up with the gang of survivors after the winter that season two closed on, and while these are still the same characters we've come to know, change is clearly in the air for everyone.

"We spoke about all of this in rehearsals before we started filming the season. We discussed that the walkers slowed down during the winter so that we were able to develop a way of living," said Lincoln.

"Everything slows up but as spring gets here and it starts to warm again, we're under pressure. Also, there's the powder keg of the baby. I think if we'd started right on the back of leaving Hershel's farm and seeing the prison then, we would never have attempted it. I think because now we have this incredible pressure - you know, the first scene is so quiet. You learn everything you need to know."

With the first episode, season three looks to continue building on Kirkman's world, while adding its own unique flourishes. Herschel's amputated leg marks yet another change between the series and the comic. In the books, the old farmer gets to keep his foot.

"It happened in the same way that it happened to Allen in the comics, with him being bitten unexpectedly, and Rick frantically chopping his leg off to the shock of everyone else. But Allen doesn't exist on the television show," Kirkman told MTV News about one of the premiere's most shocking scenes. "It's a call back to the comics, another one of those things that fans of the comic book series will recognize, but it comes in an unexpected, cool, and shocking way. It is, to me, yet another sign that the adaptation is going to continue in a way that calls back to the comic respectfully, but still has its own shocks and surprises along the way. I think that's important."

Creator Kirkman has confirmed the third season of the horror series will contain an extended run of 16 episodes, and that it will be split into two halves with the first eight episodes running this fall, and the other eight episodes to air in early spring 2013.

"The Walking Dead" continues next Sunday at 9/8c on AMC.