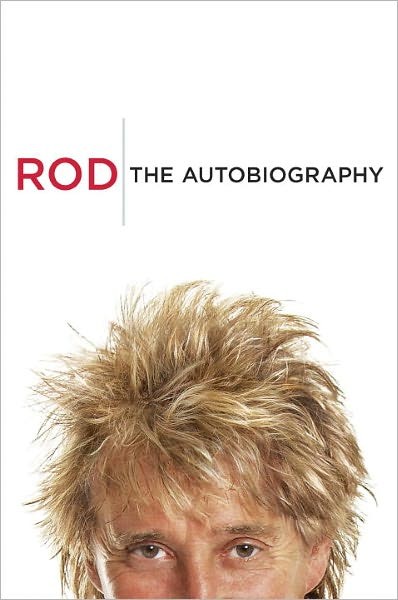 The memoir reportedly traces Stewart’s life from the son of a poor plumber in north London through his success, first as a member of the Jeff Beck Group, and The Faces, and later as a renowned solo act in his own right.
(Photo : Barnes & Noble)

Wake up - I think Rod Stewart's got something to say to you. The aging rocker wants you to know he isn't the man you think he is. And not in the clichéd tradition of rock stars who reveal -- to the shock of no one -- their bouts with drugs, fast women, and near death experiences ultimately brought them hard life lessons and plenty of regret.

"Rod: The Autobiography," by Stewart flies in the face of scores of such musician memoirs (Keith Richards' "Life"; Kenny Rodgers' recent "Luck or Something like It" come to mind) - Stewart wants us all to know he's enjoyed every minute of his booze-soaked musical fantasia.

"Well, it's not a drug- and sex-fueled book, it's more humorous," said Stewart in an interview with USA Today. "On the whole, it was a year of revelations (writing the book), and I was really knocked out by my recall, because I do like me a good drink. But, no, it wasn't emotionally tough to do this."

The memoir reportedly traces Stewart's life from the son of a poor plumber in north London through his success, first as a member of the Jeff Beck Group, and The Faces, and later as a renowned solo act in his own right.

Stewart hasn't slowed down since. He's even got a record of Christmas songs coming out -- "Merry Christmas, Baby" - on Oct. 30.

Stewart wants us to know that his nearly 50-year career has been marked far more by success than tragedy -- including the almost accidental success of one of his first solo hits, "Maggie May," which Stewart nearly left off his seminal 1971 solo album, "Every Picture Tells A Story."

He treats his romantic failings with a rotating cast of buxom blondes as his main hardships, and credits his good fortune to his great upbringing. "I had a remarkable (post-war) childhood, in that we didn't have two pennies to rub together, but we were absolutely clan-like in the way we stood up for each other," he says, noting that he felt the book had to be written now because his siblings are in their early 80s. "I only got support from my brothers. They were the ones who bought me my first guitar. That puts a lump in my throat."

Stewart admits that he "felt like a round peg trying to fit into a square hole in those days. The music business really didn't know what to do with me, I didn't fit in at all, this white kid sounding like a black soul singer. But that meant I had a lovely long apprenticeship, from when I was 19 until I really hit it big with 'Maggie May' at age 26."

The success of the single, which Stewart claims is loosely based on a fling he had with an older woman at a British jazz festival, wasn't a destined hit because "in the early '70s all pop songs had that catchy bit in the middle, they used to call it the 'payday' part," says Stewart. "But 'Maggie May' didn't have it, it just rambled on like a river. Who knew? It wasn't until an American DJ in the Midwest started playing it a lot that things changed."

"Well, we're all friends now and we've done all right for ourselves, but there was some bad feeling for a while," says Stewart. "Jimmy Page definitely built Zep (based) on us. There were four of us, and there were four of them. We'd be playing gigs and we'd see Jimmy and (Led Zeppelin manager) Peter Grant turn up at our show. And soon there's Robert and the rest of the lads. So, yeah ..."

If Stewart has many regrets, he isn't divulging them here. Although, he does distress he sold his Lamborghini Miura SV a few years back for $9,000,  pennies, when the car is worth more than a million dollars. "My kids were all railing on me, 'Why did you sell that car, Dad!' " says Stewart. "But, hey, they come, they go. I don't know anything about how cars work, and I don't want to. I just love the lines of them. They're exotic and fast, and I've known women with both those qualities."

"Rod: The Autobiography" is available now.