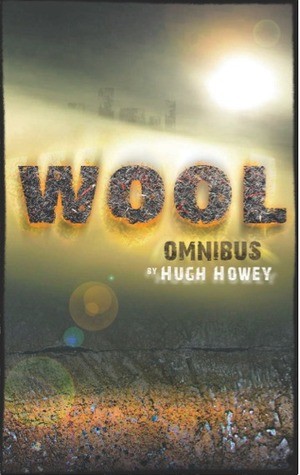 E-book Bestseller WOOL by Hugh Howey To Be Published in March 2013 By Simon & Schuster
(Photo : www.hughhowey.com)

In a press release, Simon & Schuster announced that they will be publishing the hardcover book version of E-book Bestseller WOOL by Hugh Howey next March.

The impeccable writing of Hugh Howey made his self-published short story, WOOL which was published last June into an e-book sensation. The book sold 300,000 eBook copies and the story was translated into more than 18 languages. The book was described to be the "sci-fi version of Fifty Shades of Grey" by many because of how quickly the book appealed to its readers and created a huge fan following.

In a press release, Simon & Schuster has now announced that they will be publishing the hardcover book version of the short story in March 2013.

"It doesn't surprise me that WOOL attracted such a wide readership so quickly," says Karyn Marcus.  "This is the kind of book that you burn through: a world more fascinating with each new reveal and characters who stay with you long after the last page. Hugh Howey is the real deal."

Author Hugh Howey adds, "Partnering with Simon and Schuster on the print edition of WOOL is an absolute dream. I can't wait to make this story available to an even wider audience. To think that this novel was conceived and written while working in a bookstore, I view it as a homecoming of sorts. And with the same house that publishes heroes of mine like Ray Bradbury, no less.