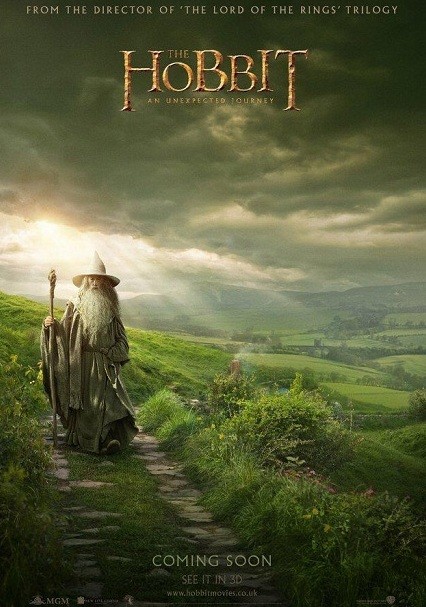 According to a survey conducted by online portal Geekdad, readers have voted the opening lines of "The Hobbit" to be the top among the 10 best opening lines of Fantasy and Science-fiction Literary works of 2012.

The voters belonged to 27 different countries and "In a hole in the ground there lived a hobbit" from J.R.R. Tolkien's The Hobbit was voted to be the most popular opening line among the Top 10 Fantasy and Science-fiction novels.

2.    The story so far: In the beginning the Universe was created. This has made a lot of people very angry and been widely regarded as a bad move. - "The Restaurant at the End of the Universe, Douglas Adams

4.    This is my favorite book in all the world, though I have never read it. - The Princess Bride, William Goldman

5.    When Mr. Bilbo Baggins of Bag End announced he that he would shortly be celebrating his eleventy-first birthday with a party of special magnificence, there was much talk and excitement in Hobbiton. - The Lord of the Rings: The Fellowship of the Ring, J.R.R. Tolkien

7.    The sky above the port was the color of television, tuned to a dead channel - Neuromancer, William Gibson

9.    It can hardly be a coincidence that no language on earth has ever produced the expression "As pretty as an airport." - The Long Dark Tea Time of the Soul, Douglas Adams

10.    All this happened, more or less. - Slaughterhouse-Five, Kurt Vonnegut, Jr.