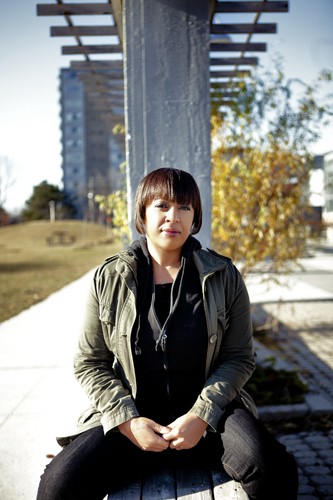 Laina Dawes' "What Are You Doing Here?: A Black Woman's Life and Liberation in Heavy Metal" details Dawes' experiences in metal music being a black woman.

Laina Dawes is all for heavy metal and loves everything about this genre of music. However, she being a black woman says the metal world is not very kind to black women. She says she's been verbally harassed and told she's not welcome. "There's still a lot of resistance in terms of who should be listening to what genre of music based on their gender and their ethnicity," Dawes is quoted to have said By Npr.org, "which does not make any sense to me."

Dawes talks to the tabloid about how she discovered her love for metal music only to find out that she was considered a misfit.

"Being 11 or 12 years old, I really resonated with the sound of anger and my internal struggles or what I was going through. I found that listening to the music in my bedroom, being able to feel like you could scream and yell and really express your anger, that really helped me out when I was a kid. ... I went to a primarily white school, so we dealt with a lot of racism. My parents, even though they were always there and supportive as much as they could be, I didn't feel that they were taking my concerns seriously. Like, you know, getting on the school bus and things being thrown at you and racial insults. As soon as I got home, I knew that I couldn't tell my parents. I knew that they wouldn't understand, and that really caused a lot of depression for me as a kid because I really didn't feel like I had anyone to talk to about it."

Talking about the world's preconceptions about "black" and "white" musical styles, she says, "In black communities, music is so integral in terms of a storytelling mechanism. Back in the blues era, African-American women were actually able to talk about their hardships and sorrows through music, and be very personal. [The same is true of] hip-hop because it's also obviously a black-centric music form. When I was in my 20s and hip-hop was coming out, a lot of black people felt that if you listened to hip-hop, that means that you're really black, that you're proud of yourself, that you know who you are. So when black people listen to 'white-centric' music - which is rock 'n' roll, country, heavy metal, punk, hardcore - it's seen that they are somehow not proud of who they are."