Lawrence Wright's 'Going Clear' Looks Inside the World Of Scientology 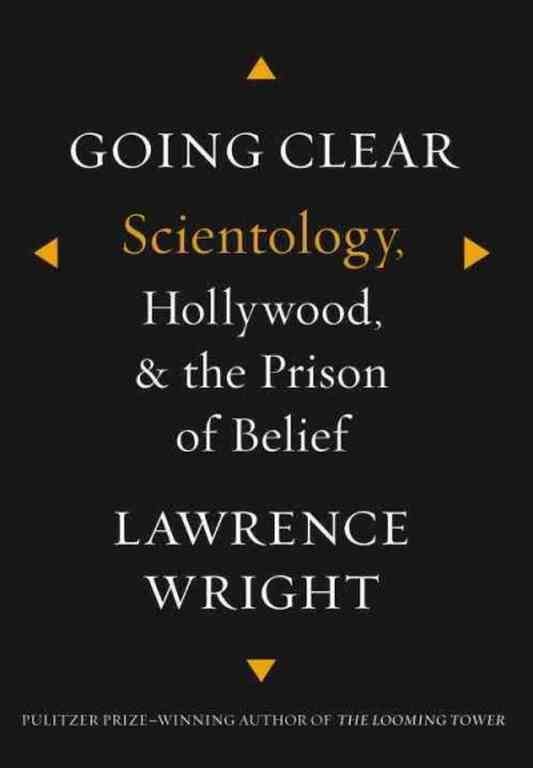 In his new book, "Going Clear: Scientology, Hollywood and the Prison of Belief," author Lawrence Wright looks inside the world of Scientology and the life of its founder, L. Ron Hubbard, who died in 1986.

On the Scientology practice of auditing

"If you get into Scientology, you will go to auditing. It's like therapy except that there is an E-meter between you and your auditor. That's a device that actually measures your galvanic skin responses. It's two metal cans that you hold. They used to be Campbell's Soup cans with the label scraped off. A small current passes through it and there's a needle that registers your reaction, and that's what the auditor is looking at when you're responding. Oftentimes in these circumstances you might remember - when pressed by the auditor - a previous existence, and this is given reality and validity by the E-meter. If you have an image in your mind and the E-meter says - according to the auditor - this is something real, what is that? And you have a vague memory of maybe a farmhouse in France - southern France in the 19th century - then you're asked to give more flesh to that memory and, eventually, you've developed a full, fully bodied, confabulated memory of another existence, and that's, that's very powerful in the minds of a lot of Scientologists, and good news because the idea that you are immortal has just been proven to you."

"He was taking gas for the dental surgery, and in the process he had, I think, what was a hallucination. He believed that he had died and gone to heaven and his disembodied spirit floated through these gates and suddenly all the secrets of existence were revealed to him and all the things that people have been asking since the beginning of time about the meaning of existence. And then, suddenly, these voices were saying, 'No, no. He's not ready. He's not ready,' and then he felt himself being pulled back, back, back, and then he woke up in the dental chair and he said to the nurse, 'I was dead, wasn't I?' and she apparently looked startled and the doctor gave her a dirty look. But this was a big moment in Hubbard's career because suddenly he became interested in metaphysics. And he wrote a book called Excalibur, which was never published, but it was based on the revelations he supposedly had achieved during this dental surgery. He said that people who read it were so shaken by it that, in one case, the reader came in and put the manuscript on the desk of the skyscraper office of the publisher and jumped out the window, and that the Russians had seized it and so on, but it never actually got published and we only have fragments of it available to us."

"If he were purely a fraud and a con man as many say, at some point he would have taken the money and run. But he never did. He spent his whole life elaborating the cosmology, the bureaucracy he created to support this church. He spent the rest of his life - usually very much alone - elaborating his theories, the psychology, the religion that he was trying to create, the bureaucracy that's very intricate that supports it. That's what he gave his life to. So I think he really did believe, to some extent, that Scientology was real, but he was constantly inventing it. It was always on the fly, and for people who were around him, actually that was very exciting because you never knew what revelation was going to come next."