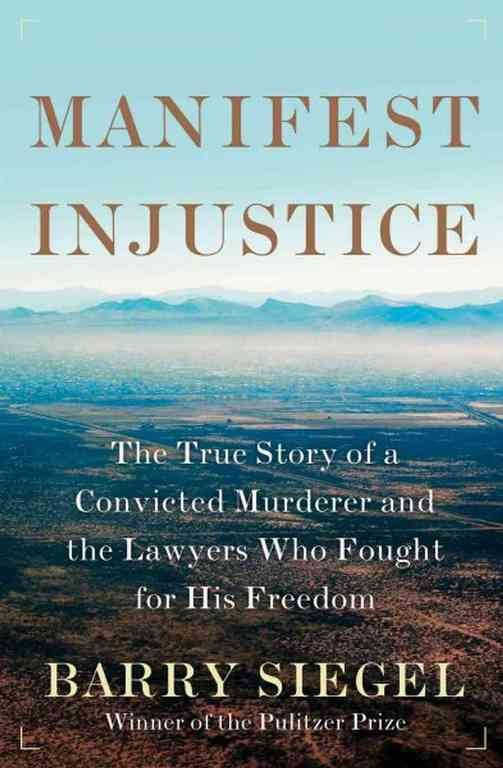 In his new novel, "Manifest Injustice", author Barry Siegel tells the story of Bill Macumber and his 40 year struggle for freedom.

In 1962, the Maricopa County investigators were investigating a case of a young couple who was shot dead. After a few weeks a man named Ernest Valenzuela came forward and confessed to the crime but for reasons best known to the police, they didn't pursue the lead. The case ran cold.

However 12 years later, a man named Bill Macumber was accused of the crime. Macumber was going through an ugly divorce when his wife went to the police and stated that her ex husband has confessed the crime to her. Macumber was arrested and because his family couldn't pay for proper legal help, he was found guilty of the crime and sentenced to life imprisonment. Macumber was 40 years old then and soon lost all contact with his three sons.

So what about Valenzuela's confession? He had confessed to his attorney Thomas O'Toole. O'Toole tried to reason that the police had got the wrong guy and also wanted to testify at Macumber's trial but wasn't allowed to do so owing to attorney client privilege.

Macumber  served his sentence for 38 years when finally the nonprofit Arizona Justice Project struck a deal with the prosecutor and Macumber was released for time served.

Siegel, the author of "Manifest Injustice" regards Macumber as a pillar of his community. Prior to his arrest, Macumber had no criminal record, not even a traffic ticket, Siegel reports. "He was president of the local Little League, where he coached his son's team. He had organized a desert survival unit for the sheriff's department to go out on rescue missions for people lost in the desert."