Author of Six Weeks to OMG gets lucrative deal with publishers 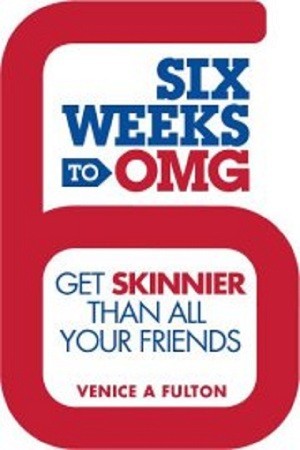 Author of Six Weeks to OMG gets lucrative deal with publishers
(Photo : Amazon)

Venice A Fulton, the self-published author of the diet book "Six Weeks to OMG" is about to become a rich man after securing two seven figure deals with U.S. and British book publishers. Grand Central Publishing in New York City and Penguin UK won the rights to the book after a multi-day auction. Publishers were vying for the rights because Fulton's book has become a word-of-mouth hit in the UK and many in the publishing industry predict similar success on this side of the Atlantic.

Aside from the cheeky title, which includes the tagline "Get skinnier than all your friends," the book gives unusual and controversial advice such as skipping breakfast, sleeping in, and taking cold baths and showers. The book claims to have come up with a sure-fire approach for weight loss which the author says he based on nutrition, biochemistry, genetics and psychology. In his bio, Fulton writes that he has been trimming down celebrities for over a decade.

Unsurprisingly, critics say that this is yet another fad diet with unsound advice, which may cause people to gain weight in the long-run by lowering their metabolic rate. In the London Evening Standard, columnist Dr. Christian Jessen writes, "skipping breakfast is my first problem for a number of reasons: food affects mood and waking hungry - as one often does when dieting - but not satisfying that hunger will mean the day does not start well. Feeling hungry is not a good feeling and there are few of us that can suppress it and not cave in. Breakfast is probably the one meal of the day when you can indulge a little more - as the food is burnt off during the day."

Notwithstanding the less than favorable review by many in the health profession, the book has done so well that it ended up selling out of all printed copies in the UK. The author is now a darling of the publishing world and will no longer have to self-publish any upcoming books.