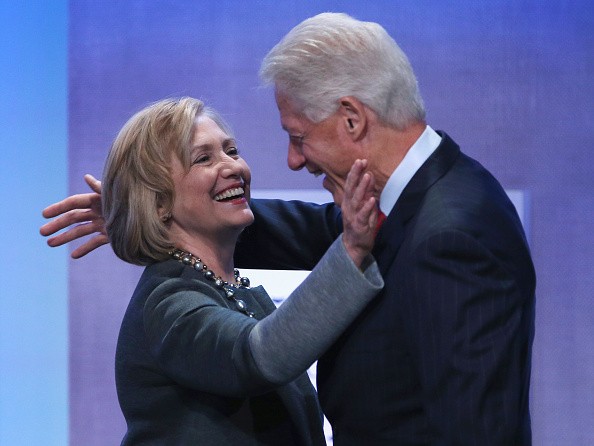 Peter Schweizer admitted to publishing his controversial book on political intrigue titled "Clinton Cash: The Untold Story of How and Why Governments and Businesses Helped Make Bill and Hillary Rich", without sufficient research and evidence. The author himself acknowledged that he lacks direct proof, raising questions about the credibility of the study.

Schweizer revealed on an ABC News interview that despite the lack of evidence, the "real question" is the troubling "pattern of behavior" that the Clintons exhibited.

The Clintons defended themselves in light of these accusations, especially since they are part of the political representatives of the nation. The Clintons were brought back to the eyes of the public after previous issues with their Clinton Foundation was unraveled by this book, which addresses a series of large donations made to the foundation that were also assumed to have benefited the donors.

Despite the admission that there exists no direct evidence behind the allegations, there are some parts of the book that come from real investigations, as noted by ABC News. One of these involves the issue of Bill Clinton accepting fees from events sponsors to carry out speeches. This accusation was based on research conducted by ABC News. However, the problem lies in the fact that there is no proof Clinton took any action that could have benefited his family.

Another issue mentioned in the book was the linking of the approval of a Russian Uranium deal to a timely donation, according to Politicus USA. The author implied that the deal only pushed through because of a donation. Again, Schweizer himself admitted it to be an assumption and has no direct evidence to further prove it. This was debunked when the undersecretary, who worked with the deal, denied the involvement of the former president in the scenario.

Regardless of what the author asserts, his work has already come under public scrutiny as just being a propaganda material. Since his defenses are mostly based on personal belief and confidence, the book is criticized as unreliable.

The book may be unreliable but the Clinton Foundation is known not to be scot-free from issues. The foundation did have some undeniable problems including the lack of disclosure of donors and tax filings. The CEO of the foundation did not deny the previous accusations. Mistakes were admitted and a promise made that actions are underway to both remedy the problem as well as prevent them from happening again.