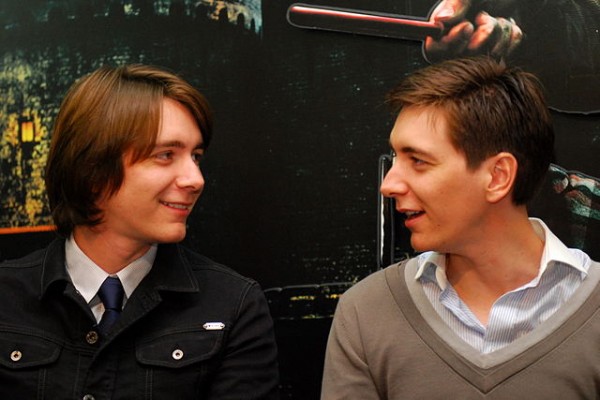 In the fictional Potter world, May 2 marks the 17th anniversary of the Battle of Hogwarts that happened in the last installment of the series "Harry Potter and the Deathly Hallows." The battle, which took place in 1998 according to the book, is considered to be one of the memorable moments in the entire well-loved series.

Among the casualties of the battle was Fred Weasley, and fans all over the world were left in disbelief for the character's death. And now, to commemorate the battle and death of Fred, author JK Rowling asked for forgiveness to Potter fans through her Twitter account. "Today I would just like to say: I'm really sorry about Fred. *Bows head in acceptance of your reasonable ire*," her tweet reads.

Once die-hard fans of the Potter books learned about Rowling's apologetic tweet, the author was bombarded with further questions regarding the other deaths that occurred within the novels and why Rowling is not saying sorry for them. A fan asked Rowling about the deaths of Tonks and Lupin, to which the author responded, "I thought I might apologise for one death per anniversary. Fred was the worst for me, so I started with him."

In an interview with Today back in 2007, the author revealed that she originally intended for parent characters to die, citing Arthur Weasley. But Rowling said that it was difficult to part with Arthur Weasley, so Nymphadora Tonks and Remus Lupin died instead, after the older Weasley survived a snake bite in book five, "Harry Potter and the Order of the Phoenix." The author added that she deliberately wanted to kill off parents to highlight Harry Potter's life and the evil of Voldemort.

However, the other Weasley was not spared. When asked why Rowling chose Fred over his twin George, the author responded by saying that she had "always knew it was going to be Fred," but offers no explanation as the real reason behind her decision, saying that she "honestly couldn't tell why."

Rowling had also been vocal about how she felt about Fred's death, saying, "Either one of them would have been terrible to kill. It was awful killing Fred. I hated that."

Fans have always been disappointed with the death of the fun-loving and passionate Weasley twin. But Rowling assured her readers that the deaths were done with careful consideration. "I don't kill even fictional characters lightly," the author said in the interview.

In a more recent development, Rowling had once again teased fans with the possibility of "Harry Potter 8" after a decade of fans prodding for the next installment in the series. "Well, you know, I keep saying that I feel I've wrapped Harry's story up and you gotta know when to...look, I've always, I have always said, 'Never say never'-well not, 'Never say never.' I've always said, I'm not gonna say 'I definitely won't' because I don't see why I should say that," Rowling stated in an interview with Matt Lauer back in April.