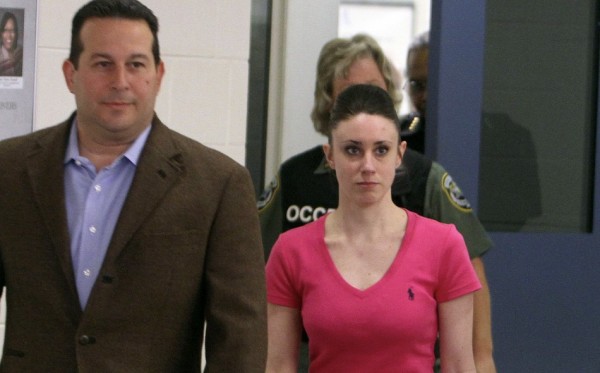 Jose Baez, the lawyer who led the defense team in Casey Anthony's murder trial, is coming out with a book that dishes on his experiences.

"Presumed Guilty: Casey Anthony: The Inside Story," will be published by BenBella Books and is scheduled for release July 3. The book is co-written by author and journalist Peter Golenbock.

"In this all-access pass, Baez shares secrets the defense had in the case but has not disclosed to anyone until now and frankly reveals his experiences throughout the entire case --  discovering the evidence, meeting Casey Anthony for the first time, being with George and Cindy Anthony day after day, leading defense strategy meetings and spending weeks in the judge's chambers," a synopsis posted on the BenBella Books website reads. "This is NOT a 'Casey Anthony is innocent' book. It is a book about the facts, beyond the headlines and off the record."

Anthony will not profit from book sales, according to Baez.

"Casey will not financially benefit from this book in any way, shape or form," Baeztold People magazine. "This is my story, not hers."

Anthony was tried in 2011 on charges of killing her 2-year-old daughter, Caylee, in 2008. In July, Anthony was found not guilty on murder charges but guilty on four counts of lying to law enforcement officials. The time she had already spent in jail canceled out the majority of her sentence and she was released later that month. She was put on a one-year probation, which she is serving in Florida.

National outrage followed the verdict and jail release. Casey Anthony sightings were frequently reported in the media. Public perception of Anthony was so bad that a mask of her face was put up for auction on eBay and sold for nearly $1 million. The backlash against jurors was so great that the full list of their names was not released until October, although some jury members spoke out before then.

Baez will discuss his own experiences during the trial that captivated the nation.

"I was there from day one," he told People. "Other than Casey, no one else was there from the very beginning. These are my insights into what happened."