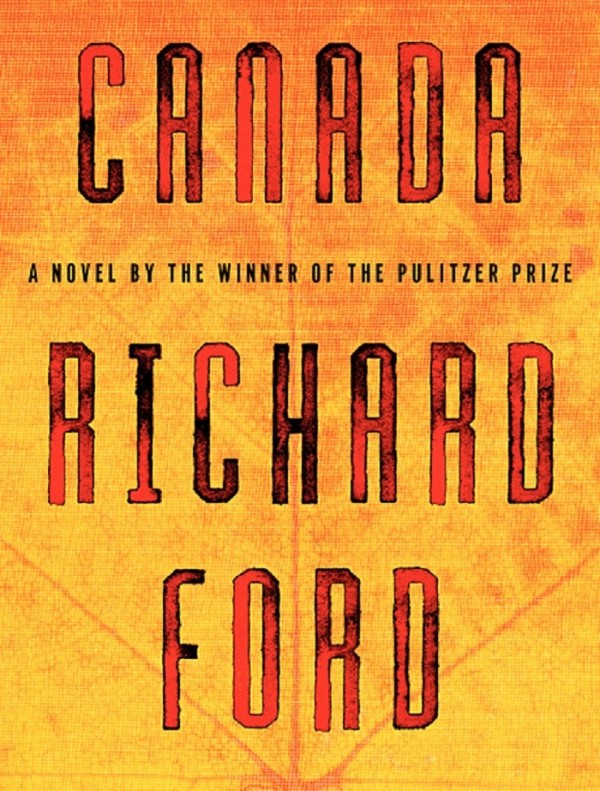 The world is abuzz with news on Canada.  Everywhere you turn, it's Canada, Canada.  But we're not talking about the country north of the U.S.  That would be wishful thinking.  It's the latest by author Richard Ford that has got the book world entranced.  It's almost as bad as "Shades of Gray," but not really.  That would be an exaggeration because on the train ride in to work today, two ladies were caught reading the former title but no one was reading a visible copy of "Canada."  Some of us in the office have read the book and say it is as good as is suggested by the media.  Others say it's an exciting read and the characters will stay with you long after you put the book down but that it is not necessarily a literary treasure per say.  Those of us who haven't read it, have plans to join the mob very soon.

We did a little digging online to hear what others are saying about the book, which is sure to be looked back on as one of summer 2012's best.

Michael Gorra writes in the Daily Beast that it is Ford's best novel in years adding that "Canada follows that thought into a meditation on the boundary-tangible, invisible-that divides one kind of person, one kind of life, from another."

Another reviewer Dan Cryer of San Francisco Chronicle writes, "If an author's duty is to make the improbable seem probable, even while endowing his story with symbolic meanings, Ford has clearly failed the test. We believe neither events nor relationships. Instead, we seem knee-deep in some bizarre Richard Ford self-parody, some fictional never-never land where nothing makes sense.

So what can we say, the "Canada" craze has won us over and we will be putting our name down on the waiting list at our local library. When we do finally get to read it, we will add our review to the the mounting web volume of commentary on the book.