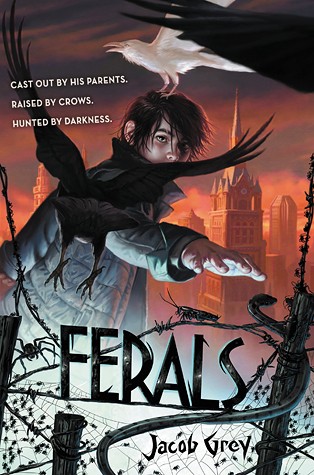 In Hollywood, the line between motion picture and books is very thin. In fact, the big flora and fauna of movies and the colorful realms of hardcovers and paperbacks are merely one giant biosphere for the industry, thus stories on paper are being given either the small or big screen treatment.

With this becoming a practice and a surefire money-churning feat, film and series adaptations thrive with the works of Neil Gaiman, Lemony Snicket and John Green set to be told through the screens. Jacob Grey is joining the ranks of the acclaimed authors by having his fantasy novel remade for television.

Grey's young adult fantasy "Ferals" is being made into a television series by Fox, which is a very big of a deal. This is because the book, which sets in motion what Goodreads described as a "dark, action-packed" trilogy, has only been in the store shelves for two months.

The book was published just last Apr. 28 this year and it already stole the attention of some FOX honchos. In fact, the development for the "Ferals" series is well underway, with Variety confirming that screenwriter Max Botkin, known for his work in "Black List," enlisted by the network.

Unfortunately, the details are scarce about the upcoming series and the cast is still being sorted out by Marisa Paiva and Nikki Ramey, who is overseeing the entire production and development. The biggest takeaway for fans of Grey's work and writing is that a series is in the offing.

As Comic Book Resources pointed out, "Ferals" is said to be a nod to Gaiman's "The Graveyard Book" and is reputed for being "part Batman and all high-octane adventure." The story follows the journey of a boy named Caw, who has superhuman powers.

Blessed with the ability to communicate with crows, the youngster is pitted against the rotten Spinning Man, who turned the once-flourishing metropolis Blacklist (Caw's home) into a marina of unbridled crime and violence.

As the baddie tighten his grip on an evil rein, Caw discovers an underground world of "ferals," who also have the ability to communicate with animals. Together, they must halt Spinning Man in his tracks and save the city, but not before Caw masters his own ability.

With "Ferals" part of a trilogy, FOX has a lot of source material to gobble and play with. More news should drop about the series as FOX carries on with its development.