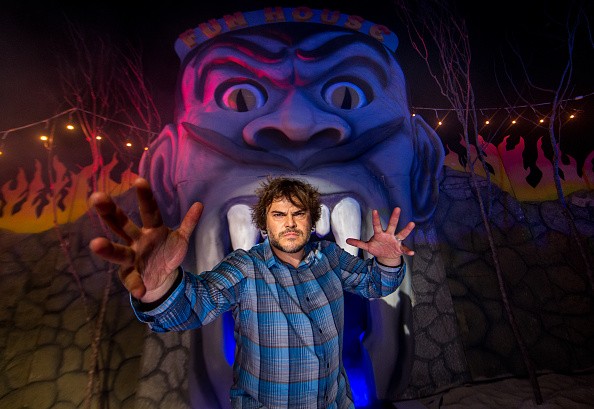 The '90s kids may have bigger and more frightening things that scare the living daylights out of them now but the new "Goosebumps" trailer will remind them once more what it feels like to lose sleep after reading about the monsters created by bestselling author, R.L Stine.

For the uninitiated, Stine was notorious for cooking up the finest fear-inducing stories in the horror genre. The well-known writer annually published three to four books that featured a nightmarish character and a tale of horror that fits its heinous characteristics, Hypable reports.

These "Goosebumps" books started to get all the rage back in the early '90s, so pretty much each kid in that generation had one, two or all of these terrifying creatures as part of their childhood. And to relive all the scares, this new Jack Black-starrer is bringing them all to life in the silver screen. [Check out the trailer below]

According to Variety, Black takes on the role of the horror master who keeps his original writings in a neat shelf in his home where her daughter, played by "The Giver" star Odeya Rush, also stays. It all started when their new neighbor, portrayed by "Prisoners" star Dylan Minnette, develops a crush on Stine's daughter.

Bigger trouble ensued when Minnette's character opened one of the books, which let loose the abominable snowman. From there, the situation became more and more uncontrollable as every single monster from the mystic volumes came to life and started to terrorize supermarkets, schools and whatnot.

Some of these horrific Stine creations include a horde of very unfriendly gnomes (which, in the trailer, proved to Minnette in a matter of seconds that they aren't as pleasant as he initially thought they were) and the invisible boy who apparently loves to slap people and get away with it.

As pointed out by AV Club, the film was also made to appeal more towards the youngsters of today than the youngsters of yesterday. The site adds that although the movie has more comedy than horror, it is enough to pluck a string of nostalgia to kids from then that are now in their 20s going 30s.

As per Variety, "Goosebumps" is directed by Rob Letterman. Neal H. Moritz produced it under Original Film along with Scholastic Entertainment's (the publisher of the Stine young adult horror stories) Deborah Forte.

"Goosebumps" intends to be the ultimate Halloween film this year with a release date set on October 16.