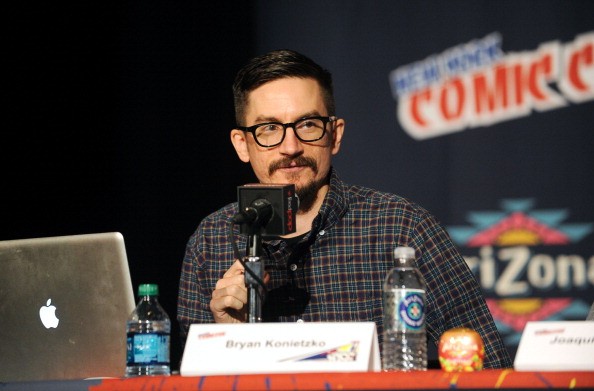 Bryan Konietzko, the creator of the widely popular animated series "The Last Airbender" and "The Legend of Korra," has announced his latest project titled "Threadworlds," which takes the readers into a series of space adventures in the eyes of a young wanderer named Nova.

The new graphic novel, Konietzko described in a chat with Entertainment Weekly, is a "long origin story" of the heroine, who is destined to become a "scientific superhero." He revealed that the story is a fusion of sci-fi and fantasy, which are the very categories he wanted to explore from the outset.

The artist admits that he "wasn't aiming to be topical, but once science became the focal point of the story," he said that it was just "important to [him] to have a young girl as the main character." Now he hopes Nova will be "inspiring to readers of all genders and ages."

Konietzko says that "Threadworlds" is as ambitious as his previous projects, with "sweeping epic full of world building" championing the graphic novel. According to IGN, Konietzko took care of the story and the art of "Threadworlds.".

"Threadworlds has high stakes, relatable characters and a wide range of tones - similar to the work I co-created with Michael (Dante DiMartino, Konietzko's collaborator). And though the focus is on science there will be plenty of action and adventure. That's definitely me being true to myself as a creator."

According to Polygon, Konietzko and DiMartino pitched "Avatar: The Last Airbender" to Nickelodeon, which eventually became its home, several weeks after they thought up the life-altering idea back in 2001.

They wrote, illustrated and animated the series, and when it spiked to popularity, the show gained a spinoff where the duo focused their energies. The dearly loved spinoff titled, "Legend of Korra," produced four seasons, which ended December last year.

"It's 13 years later and I'm a different person whose interests and priorities have shifted somewhat. This graphic novel series reflects that. As you said, storytelling is so important, so I try to keep the focus on that and less on outside, abstract pressures," the artist explained to Entertainment Weekly.

The first volumes of "Threadworlds," which will be published by First Second Books, won't be out until 2017. Comicbook says that the graphic novel was officially announced in San Diego Comic-Con, and Konietzko previewed the book in colorful new artworks via Entertainment Weekly.