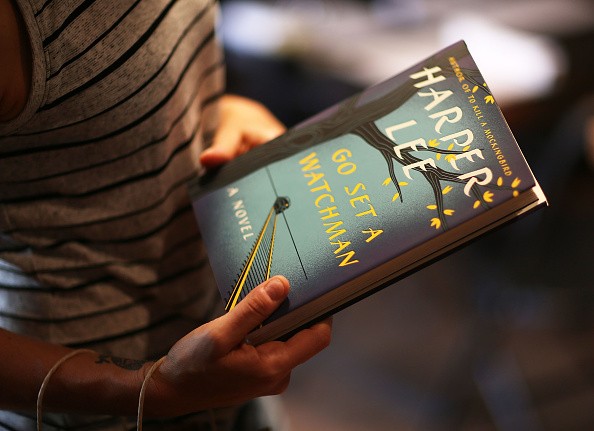 (Photo : Joe Raedle/Getty Images) CORAL GABLES, FL - JULY 14: Eden Sherman checks out the newly released book authored by Harper Lee, 'Go Set a Watchman', at the Books and Books store on July 14, 2015 in Coral Gables, Florida. The book went on sale today and is Lee's first book since she released her classic, 'To Kill A Mockingbird' ,55 years ago. (Photo by Joe Raedle/Getty Images)

Readers who picked up Harper Lee's new novel "Go Set a Watchman" from Brilliant Books in Traverse City, Michigan are claiming that the tome was misrepresented by being called a "nice summer novel" rather than an "academic insight," which they think it really is.

"It is disappointing and frankly shameful to see our noble industry parade and celebrate this as 'Harper Lee's New Novel'," the bookshop wrote on its website, calling it "pure exploitation of both literary fans and a beloved American classic (which we hope has not been irrevocably tainted)."

"We therefore encourage you to view 'Go Set a Watchman' with intellectual curiosity and careful consideration; a rough beginning for a classic, but only that," Brilliant Books wrote as a piece of advice to future readers of the book.

Brilliant Books then concluded that "Go Set a Watchman" is not a sequel or prequel to "To Kill a Mockingbird" nor it is a new book. The bookseller wants to make sure its customers knew that what it is" a first draft that was originally, and rightfully, rejected."

The bookseller says that Lee's new release should have been treated like James Joyce's "Stephen Hero," a draft to what was eventually released as "A Portrait of the Artist as a Young Man."

That being said, Brilliant Books owner Peter Makin explained to Melvin House that it resolved on offering refunds and apologies to its "dozens of customers," beginning with a "loyal-paying" buyer who was "saddened" that it "wasn't the book she had been led to believe it was."

Makin added that the bookshop's disposition to the backlash was met with an "overwhelmingly positive and "humbling and touching" response although it wouldn't pull out "Go Set a Watchman" copies from its shelves, explaining that as a bookstore, they "wouldn't not carry it, but we do explain to folks what it is, so that they buy it with their eyes open."

On behalf of Makin, Brilliant Books reiterates that the "To King a Mockingbird" follow-up '"should have been an academic piece for scholars and fans" and should not be marketed "as the next big thing."

Washington Post lists "Go Set a Watchman," which follows Scout's return to her hometown to visit Atticus, as number one fiction hardcover. The book is set two decades after the events in the Pulitzer Prize winner "To Kill a Mockingbird," which also ranks as the number one paperback fiction on the site.