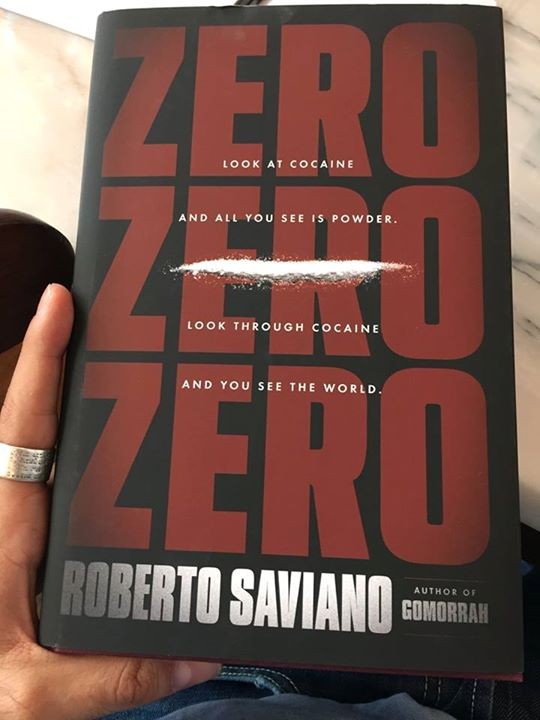 I'm really excited to finally hold the US edition of ZeroZeroZero (Penguin Press) in my hands. It has been hard work rewriting it since a mere translation wasn't enough to explain my world to American readers. Here my task ends and ZeroZeroZero is ready to begin its journey.
(Photo : Roberto Saviano/Facebook)

The rise and fall of El Chapo, quite possibly the most influential folk hero-level drug lord in Mexico, is chronicled in a book by Italian journalist Roberto Saviano. The book is called "Zero, Zero, Zero" and all its 401 pages interweave the story of how the unassuming, reserved Joaquin Archivaldo Guzman Loera became the man that he is now known for.

Echoing Saviano's writing, Business Insider says that Loera lived in Sinaloa, Mexico with his poor family in a small village in the Sierra Madre mountains. A day wouldn't be complete for the future El Chapo without "beatings and farmwork."

According to the journalist, who The Globe and Mail says was in hiding ever since he exposed in his book "Gomorrah" the Italian crime syndicate, Camorra, Sinaloa was thick with opium by 1800s, thanks to Chinese merchants that brought it there. Loera grew up with the opium fully prospered in the place. He, his family and other families worked to cultivate poppies for opium. Ever since, Loera's life revolved around drug trades.

Loera was determined to give his family a prosperous life. At 20, Loera decided to work for the Sinaloa cartel and smuggle drugs across the U.S. border. He worked to do what should be done, and it didn't take him long to reach the top of the hierarchy.

Before he knew it, he had massive power and wealth in his hands, but his rapid success isn't something he bragged. This decision proved vital to his becoming a drug magnate. When "El Padrino," Sinaloa cartel's former chief was incarcerated, El Chapo imperceptibly moved to Guadalajara to take over.

"El Chapo remained in the shadows, and from there he governed his rapidly growing empire," Saviano detailed in "Zero, Zero, Zero," as quoted by Business Insider. El Chapo then figured out a way to rationalize the operations so as to bring opium into the U.S. via any way possible.

This resulted to the 15,000-feet tunnel that connects Tijuana to San Diego, conveniently allowing El Chapo to transport his goods. On a fateful day, a shootout involving his group and his rival drug barons took place. This exposed the tunnel and killed seven men.

El Chapo managed to leave the scene without a scratch but was arrested days later. He was put behind bars but managed to escape by bribing police officers and guards in his prison. He found ways to manage the cartel even in prison.

According to Saviano, El Chapo is successful for keeping a low profile and locking his sights on what should be done. The difference between El Chapo and other drug lords, Saviano says, is that he was willing to stay locked up and live a quiet life.