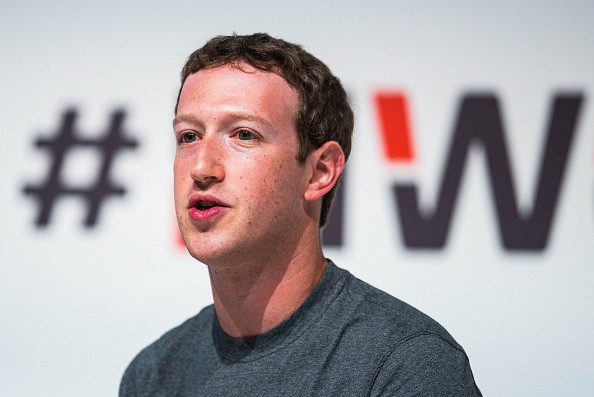 BARCELONA, SPAIN - MARCH 02: Founder and CEO of Facebook Mark Zuckerberg speaks during his keynote conference during the first day of the Mobile World Congress 2015 at the Fira Gran Via complex on March 2, 2015 in Barcelona, Spain. The annual Mobile World Congress hosts some of the wold's largest communication companies, with many unveiling their latest phones and wearables gadgets.
(Photo : David Ramos/Getty Images)

Mark Zuckerberg has chosen the 16th title to add to his "A Year of Books" Club — "The Varieties of Religious Experience" by William James. As usual, the social media magnate explained on a Facebook post why he chose the book.

"When I read Sapiens, I found the chapter on the evolution of the role of religion in human life most interesting and something I wanted to go deeper on. William James was a philosopher in the 1800s who shaped much of modern psychology," Zuckerberg explained, per Business Insider.

William James is an acclaimed philosopher and professor in Harvard University. Internet Encyclopedia of Philosophy describes him as "the most famous living American philosopher of his time." According to Tom Butler Bowdon, "The Varieties of Religious Experience" was first introduced in 1901 in a series of lectures at University of Edinburgh.

Owing to his interest in religion and his skepticism on the understanding of it during his era, James wrote the book to look at the spiritual experience from a psychological viewpoint, which is a daring feat knowing that such was deemed unrecognized and even "blasphemous" back then.

The book was written during a century when scientific explanations were beside the point when it comes to the exploration and birth of religion. He argued that it can be understood more than "a creation of the mind" as he asks the questions "Do they enlighten us, do they make sense, and are they a good guide to living?"

As a New Year's resolution, Zuckerberg put together a "book club" that will allow him to read a specific book every two weeks. Here are the first 15 books the CEO recommended in the past months as detailed by Business Insider.