Judith Kerr to Release First Novel in Nearly Four Decades! What is it About? 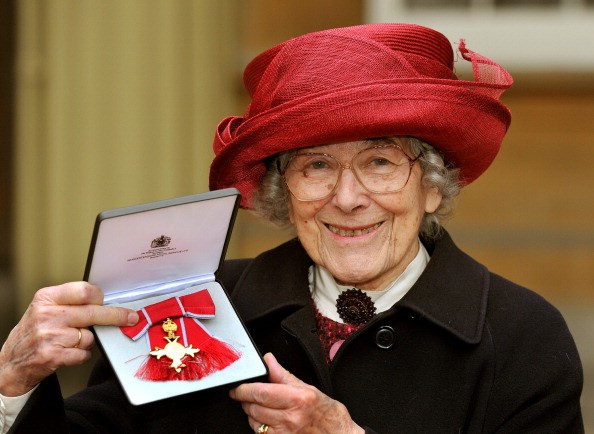 LONDON, UNITED KINGDOM - JANUARY 25: Judith Kerr proudly holds her Order of the British Empire (OBE) medal, after it was presented to her by the Prince of Wales during the Investiture ceremony at Buckingham Palace on January 25, 2013 in London, England.
(Photo : WPA Pool/Getty Images)

After 37 long years, Judith Kerr has a big surprise for her fans. The celebrated 92-year-old writer and illustrator, known for her time-withstanding children's book classics such as "The Tiger Who Came to Tea" and "Mog, the Forgetful Cat," is back with a new one, The Independent reports.

The upcoming book is called "Mister Cleghorn's Seal" and, according to The Guardian, it is inspired by a story his father Alfred Kerr told her about how he took care of an abandoned seal pup and raised it in his balcony. In the book, Mr. Cleghorn also saves a seal pup when he took a trip to the seaside. He named his new friend Charlie and from there, they shared a series of "chaotic" adventures.

The Guardian reminds that while Judith Kerr has published picture books recently including "My Henry," "The Great Granny Gang" and an illustrated retrospective called "Creatures" back in 2013, "Mister Cleghorn's Seal" serves as her first illustrated novel following "A Small Person Far Away," which came out back in 1978.

"From my first glimpse of her exquisite pencil drawings and on reading the very first few pages of the story I knew we had something extraordinarily special and simply had to publish right away," she admired the legendary author.

In a February 2015 interview with The Guardian, Kerr revealed why she started writing children's books. "When I had my own children I realised by the time children were two they had love, affection, jealousy, worry, everything adults have - and they could understand a story," she said.

However, the German-born writer knew that "learning to read in English is so hard and totally illogical" and that a book should be extremely interesting to get one diving into it.

"I remember my son Matt was reading Janet and John (some particularly dull books of the time) and saying 'I am sorry mummy I cannot read these books anymore they are too boring'. He said I am going to learn to read with the Cat in the Hat books. Which he did, Doctor Seuss came a long and totally transformed everything of course! So that's why I started writing my books," she shared.

Thanks to this, she released enduring books such as "When Hitler Stole Pink Rabbit" and "The Crocodile Under the Bed."

"Mister Cleghorn's Seal" will be out in September. There will be an audiobook version, which Bill Nighy reads. A sample of it is available on SoundCloud.