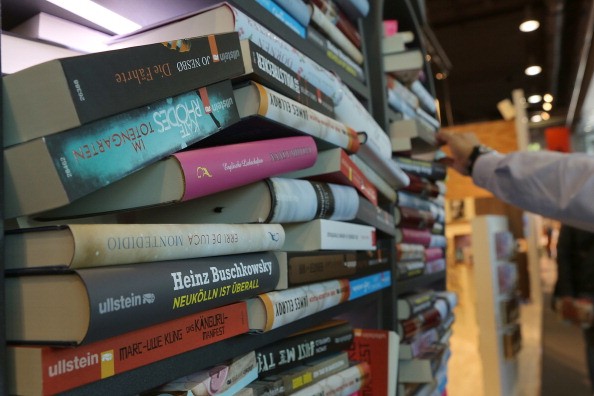 In the name of wider discoverability of books, New York Times is separating middle-grade books from young adult ones starting tomorrow, August 21. Thanks to this change, paperbacks should belong to an entirely different list, so do the hardcover ones.

As per Publishers Weekly, the hardcover lists will be under print while the paperback and e-book lists will appear online.

Pamela Paul, editor of the New York Times Book Review, says that back when she worked as the children's book editor for Book Review, middle grade and YA titles were in one umbrella called "chapter books" and admitted "It was such a wildly mixed group."

"I thought it was very confusing to readers. If you're a parent, and you're looking at that list for your child, The Hunger Games is very different from Rebecca Stead. I thought it made sense to break the two categories apart," she told the abovementioned publication.

The change will give bigger chances to authors and titles to make it to the list. No longer will paperback titles submerge new hardcover books, which is the scenario with the present structure applied. To give readers and idea, Bustle put together a list of the bestseller books last year.

1. "The Fault in Our Stars" by John Green (Paperback)

5. "Diary of a Wimpy Kid: The Long Haul" by Jeff Kinney (Hardcover)

8. "The Fault in Our Stars" by John Green (Hardcover)

As seen in the list, Green's "The Fault in Our Stars" appeared three times, and the spots could have been taken by another title altogether. If hardcover ones are cooped up in a different list than that of the paperback, this list wouldn't look the same.

"Given the relative unit sales of paperbacks, they would overtake the [bestseller] lists. New authors would find it hard to break into the list, and it was difficult for readers to discover new writers from those lists," Paul told Publisher Weekly. "So it made sense to return to the model we use in adult," she added.

Paul, however, recognizes that there is a downside in moving paperbacks online, but she doesn't see it as much of an issue as she believes that "our Internet audience is growing enormously."

As a conclusion, Paul promises that "this new reconfiguration" should provide more attention to newly published hardcover fiction. "Just like book reviews, the bestseller lists are another place for discovery. It will be useful for readers, too."