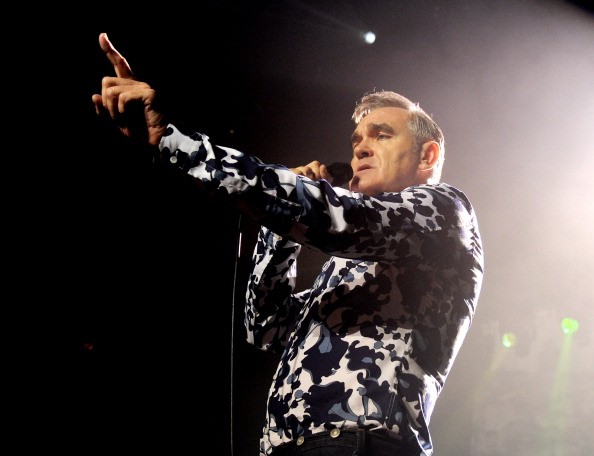 Without a doubt, rocking out is just one of Morrissey's many talents. Known for being the charismatic frontman and lyricist of the iconic rock band, The Smiths, the 59-year-old vocalist from Greater Manchester is continuing to trudge the literary field by penning his very first novel.

Morrissey's fansite, True To You, first announced the publication of the book titled "List of the Lost." According to the site, the novel will be published as a New Fiction title in both softcover and hardcover form by Penguin Books before September ends.

Among the countries to see Morrissey's debut novel in the flesh include U.K., Ireland, Australia, India, New Zealand and South Africa. No word on the specific release date but the publisher should be announcing more publication info unique to the respective regions soon.

While, this is the legend's first novel, it isn't the first time the British singer-songwriter is writing a book. Two years ago, he wrote his memoir he simply titled "Autobiography," which True To You described as "very successful." The book owned the top spot in the UK bestseller list.

The Guardian says the memoir proved that not only Morrissey, who was dubbed by the site as "the second greatest living British icon" next to David Attenborough, can own the stage but he also "can write the kind of burnished prose no other singer on the planet could aspire to."

According to Billboard, "Autobiography" was an enormous success. There were whopping 20,000 copies sold in the first 24 hours it came out in the UK. The publication says it unsurprisingly went on to be the fastest selling memoir of all time.

However, the memoir was no stranger to censorship. When it reached the US (the release had fans in the region wait for two months to get their hands on it), the rock deity's narratives on his sexual relationships were removed although they were eventually reinstated.

Meanwhile, no plot details about "List of the Lost" were released. But RollingStone recalls that the lyricist hinted of the book during a chat with fans back in January 2014. This morsel of info assures that the novel will be something to look forward to. "I have my hopes," the singer said via Rollingstone.

"In 2013 I published my Autobiography and it has been more successful than any record I have ever released, so, yes, I am mid-way through my novel," Morrissey told his fans back then.