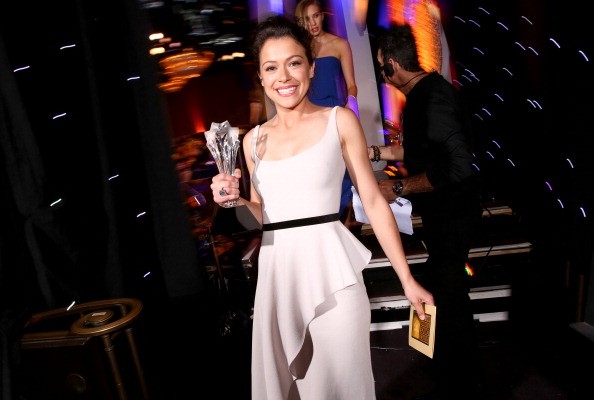 This year's Hugo Awards is considered the most controversial one yet with the rise of the so-called Sad Puppies and Rabid Puppies, who are, as per Outer Places, two groups being accused of manipulating the voting system to guarantee a win for their factions.

According to the aforementioned publication, these two groups devised a plan to inundate votes in favor of their preferred nominees so as to make sure they take home the awards. However, the scheme was thwarted by the throng of supporters of Hugo Awards.

"Good work was rewarded and bad action was penalized," novelist John Scalzi said as quoted by the Wall Street Journal in relation to the Puppies' rigging of the system. During such situations, the "No Award" option, which Hugo Awards puts up as part of its rules, is most useful.

"A small group of people tried to game the awards for their own gain, and a vastly larger group of people who valued the integrity of the awards responded by choosing 'No Award' over nominees they felt got on the ballot by gaming the system," he went on to say.

The Wall Street Journal says that Hugo voters found it best not to award a winner to five of the event's categories namely best novella, best short story, best related work, best editor/short form and best editor/long form. These are the same categories the Puppies' slates were nominated for.

According to The Guardian, Puppies partisans organized themselves as one united voting faction "to put more white, male candidates on the ballot" for Hugo Awards, which the group believes to have turned into an "affirmative action award."

Puppies and their supporters argue that Hugo Awards is biased against science fiction and fantasy works of traditional and popular nature. Those which include novels involving space combats and magic, adding that they often hand the award to those with liberal and "literary" aims.

Theodore Beale a.k.a. "Vox Day," the editor who assembled the Rabid Puppies attack, says as per Wall Street Journal, that the results were "scorched earth strategy." He went on to say that science fiction liberals would actually prefer "[burning] down a historically prestigious award" than give it to the nominees they support.

"Guardians of the Galaxy" was the only nominee backed up by the Puppies that actually got an award. The Chris Pratt-starrer was elected the best dramatic presentation/long form.

The categories with declared winners are as follows, according to Hugo Award's website: