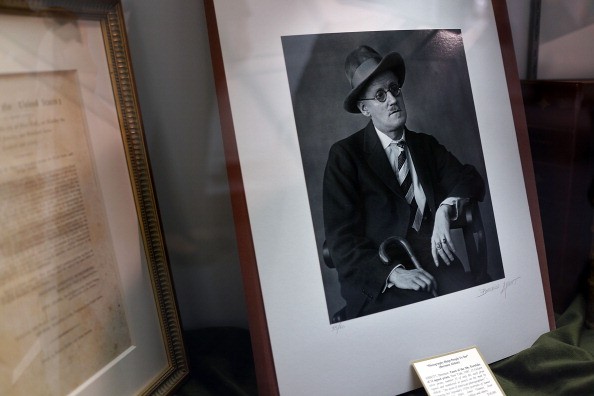 A couple of letters written by Irish novelist James Joyce were sold 10 times their guide price in an auction in Boston. These letters are handwritten, and they certainly aren't something one would come across every day.

"Handwritten letters by Joyce are extremely rare, especially those discussing his magnum opus and its important place in the history of artistic expression," the auction house said via The Guardian. The writings talk of Joyce's struggle to have his now iconic novel "Ulysses" published.

The first letter, dated Dec. 1, 1918, was believed to be addressed to an Irish man who appreciated the book. In the letter, Joyce thanked the recipient for his "kind words" about "Ulysses."

A portion of the letter read, "Eight installments have now appeared in the Little Review of New York but unfortunately the Egoist (London) cannot find any printer to set up these chapters."

As per The Guardian, The Little Review ran from 1918 to 1920. In between, there surfaced obscenity charges against its editors for the publication of the Nausicaa episode. The novel was debarred in the US until 1933.

This made it harder for Joyce to publish in U.K., as the publishers there were all reluctant, fearing the same charges will shut them down. While a complete edition of Joyce's novel was actually published in Paris in 1922, it was not released in the U.K. until 1936.

Joyce's biographer, Gordon Bowker, elaborates the content of the letter via The Guardian, saying, "Joyce's problem with the UK printers related to the fact that here in those days printers were as much at risk of prosecution on charges of publishing obscenities as were publishers, and would simply refuse to print them."

Bowker explained that Joyce didn't understand this and was even enraged by the fact that his work gets censored, "as they had with Portrait of the Artist, wanted to do with Dubliners and as they were doing when he wrote this letter with Ulysses in the Little Review," Bowker added.

In the same letter, Joyce discussed the delay of his book due to his illness," which he described as "a grave malady of the eyes to which I am subject". The second letter he wrote on June 1, 1919, included "a snapshot taken by a friend of mine after my illness."

"He was under considerable stress both financially and in terms of his health, all the while writing a book that appeared to have all the odds stacked against it," James Joyce Centre managing director, Mark Traynor, said via The Guardian. "His artistic determination and work ethic really comes through in letters such as this," he added.