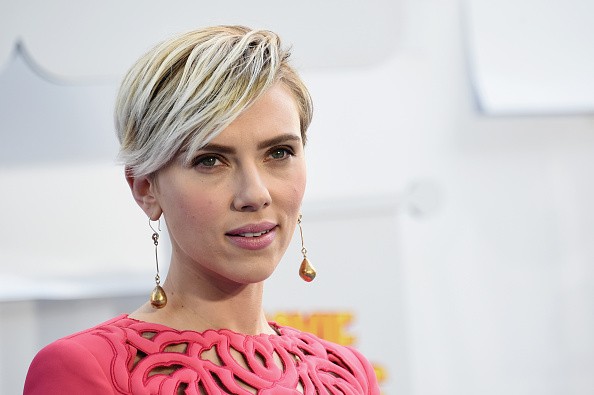 A French love story Scarlett Johansson fought to ban is on its way to the U.K. bookshelves. Written by Grégoire Delacourt, the bestselling novel "The First Thing You See" was, according to the author via The Independent, a "declaration of love" for the star.

Sadly for the author, Johansson wasn't too fond of being the subject of the steamy novel, and so she sued the award-winning writer, only to go pear-shaped during her battle. Now, publisher Weidenfeld & Nicolson is getting ready for the release of the English version of the book on Sept. 10.

"The First Thing You See" is coming to the U.K. in both hardcover and e-book form. As per The Guardian, the book centers on Arthur Dreyfuss, a young village mechanic whose life is about to change after a mysterious woman appears in her doorway.

The protagonist thought that his visitor was Johansson. However, as the book progressed, it was revealed the woman wasn't Johansson but a mere impostor of the actress, who, nevertheless, made Arthur fall in love.

Last year, Johansson took legal action and called the novel, via her lawyer, a "violation and fraudulent and illegal exploitation of her name, her reputation and her image," as per The Guardian.

She also felt that the successful book had "defamatory claims about her private life." The lawyer also claimed that the actress was presented as a sex object, with the mention of her name allegedly used for commercial gain.

Upon stating this, she battled in the court not to have it translated nor adapted as a film. The lawyers then sought damages of €50,000 or £37,000. Although the court agreed it was defamatory, it did not believe it exploited her name.

"All of Scarlett Johansson's demands were rejected except one thing that was seen to be an attack in her private life over two relations that she never had," Emmanuelle Allibert from publisher J-C Lattès told The Guardian in a separate report.

"All her other demands ... were rejected, notably that there should be a ban on the book being translated or made into a film. We just have to cut out the bit about the affairs," she went on to say.

Delacourt, on the other hand, is "sad" and is "[freaked] out" about how the mention of a character in a novel can lead to legal actions. When "The First Thing You See" first released in France, 140,000 copies of the book were sold.