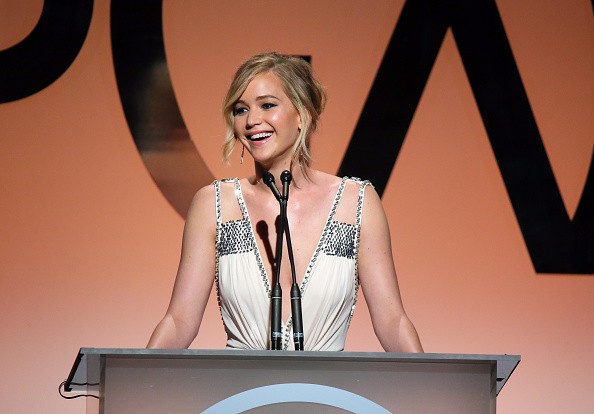 According to Bustle, Jennifer Lawrence is fond of a lot of things — charities, junk food and all around positivity. But fans of the actress, especially bookworms who have read "The Hunger Games" trilogy, whose movie retellings she star in, would also love to know she has major love for books too.

Of course, the A-list star has her favorites. Here are five of her picks fans of the actress should check out now.

1. "The Other Boleyn Girl" by Philippa Gregory

This is the story of Mary, who will, one day, take on the role of queen. Her journey follows her as she falls for Henry VIII and discovers the heinous plans of her family about politics and rivalries.

Here is what Lawrence had to say about the masterpiece during a chat with Oprah.com, "Gregory is one of my favorite authors. I've always loved history, and she makes it...salacious."

Lawrence also had a thing for the classic tragic love story of one of the most memorable literary protagonist, Anna Karenina, and the dashing Count Vronsky.

In an interview with E! Online, David O. Russell, the director of the movie "Silver Linings Playbook" where Lawrence starred as the female lead, revealed that the star was very much captivated by the book and was devastated when she learns of Anna's fate from Russell.

"You read a Thompson book because of his voice. He's always getting wrecked in San Juan and reporting on cockfights. He's just hilarious," Lawrence said as quoted by Oprah.com.

Set in the 1950s, the book tells the tale of Paul Kemp, who moves from New York to Puerto Rico to work for a major newspaper. In between are stories of romance, alcohol, jealousy and more alcohol.

4. "We Need to Talk About Kevin" by Lionel Shriver

This story follows a young boy became a violent man all while his mother watches. It is chockfull of drama, tragedy and emotions and "The Hunger Games" star says it is "definitely dramatic."

She would recommend it to everyone, but she drops a caveat to CNN that "I wouldn't read it if I had kids or if I were pregnant."

Lawrence has picked the dearly loved adventures of the boy who lived. In an interview with Entertainment Weekly, she went full Potterhead mode when asked about her favorite young adult book.

"Harry Potter. I was so crazy about Harry Potter I read it twice. All of them twice. I didn't have a favorite, I thought they were all amazing," she gushed.