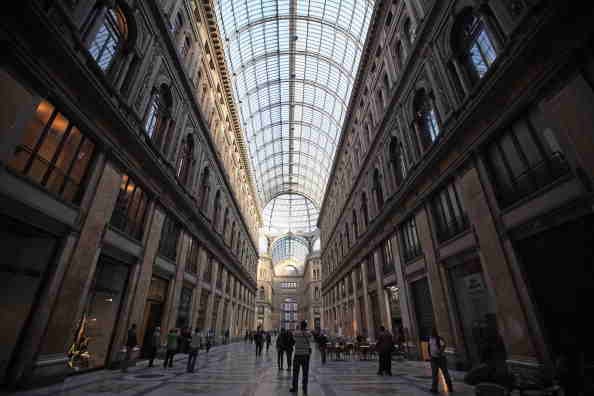 Elena Ferrante wraps up her celebrated "Neapolitan" tetralogy with "The Story of the Lost Child" and she did it with all the enchanting and exciting elements that made fans out of readers curious of Elena and Lila's life in the first place. The book just hit the shelves and it is a need that fans grab their copies.

In the first three books in the series titled "My Brilliant Friend," "The Story of a New Name," and "Those Who Leave and Those Who Stay," fans became familiar with of Ferrante's magnetically frank storytelling. Vox says that the latest installment clearly shows that the author isn't too fond of sugarcoating and her brutal honesty provided more impact to the glaring and moving chapters of the story.

While it seemed that Lila and Elena's lives couldn't get any worse, in "The Story of the Lost Child," the latter confirms right then and there that readers are just on their way to "the most painful part of the story," which should be saying something. In the preceding title, the porter's daughter left her husband Antonio and two kids for a man who has all the means to betray her.

According to New Yorker, "The Story of the Lost Child" proves that Lila and Elena are tied together pretty firmly. In the book, they are so keen at basically everything together that they even bore a child and go to their doctor's appointments at the same time. According to the publication, this book will show that they really are "two halves of one complete woman, but actually each is complete in herself."

New Yorker adds that Ferrante zeroes in on two big subjects as she tells the story. Her massive focus on women convinced the site that the book is "a thoroughgoing feminist novel," adding that it "fairly teems with women's things, women's bodies, which, furthermore, are imagined as being in a state of constant flow, as if they were part of some piece of French écriture féminine."

Secondly, Ferrante puts great emphasis on language, harnessing its power to provide an unrelenting image of the poverty, the ignorance and the violence, which are a frequent theme. In the book, Ferrante throws Elena and Lila into uncompromising difficulties as they strive to reach their dreams and from there, the author shows how their neighborhood can easily become their biggest threat.

"The Story of the Lost Child" brilliantly completes the stories of the duo's hopes, dreams, frustrations and everything in between. The tale and long-sought answers are told mostly with melancholy passages. For Vox, this book makes the series "unforgettable."