Jonathan Franzen Book Review: Here's What 'Purity' Is About 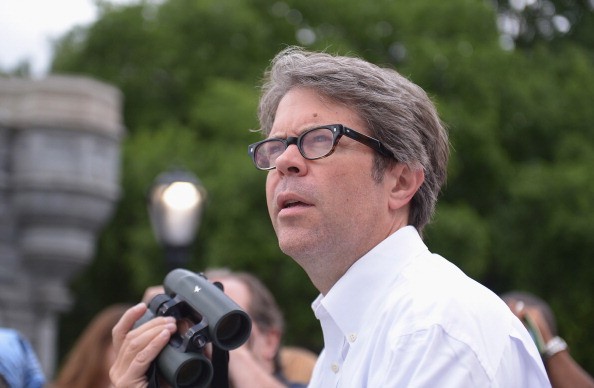 At the start of the month of September, the literary world was greeted by Jonathan Franzen's new book "Purity." The tome is an encapsulation of mirth, the search for order in chaos, unforgettable characters, familial dysfunction, blatant animosity towards technology and a declaration of love for Charles Dickens.

Franzen's new page-turner follows heroine Purity, who her mother calls Pip for reasons she doesn't know. She has a lot of questions she longs to find answers to (questions like how she will be able to pay her towering school debt). But the biggest of which is the history behind her new name, which was eventually revealed to have something to do with her abusive father whom she never met.

Her mother won't tell who he is but she made sure she knew he is the person that cursed them a life of desperation. This led Pip to find answers on her own. As she did, she comes across the Sunlight Project, a WikiLeaks-like fad in Bolivia spearheaded by Andreas Wolf, who USA Today described as a "sexy, complicated egomaniac" and a "charismatic creep," words that couldn't be any truer.

Franzen made sure readers knew what Andreas was before becoming a tech god and Scotsman says his depiction of the peace activist's rearing in East Germany was "convincing enough." Pip's student debt, Andreas' willingness to pay for it in exchange of her being an intern and the possibility that his digital juggernaut will help her find her father sent the two in a whirlwind of escapades.

As all this happens, Franzen makes "Purity" all the more dynamic by throwing in more fascinating characters, who had unique stories that he told without clouding the heart of the book. A journalist named Tom Aberant who is in love with fellow journalist Leila Helou, who has a husband cooped up in a wheelchair as well as an aspiring Great American Novelist named Charles are just some characters readers will love to get to know more.

If there's one thing Franzen wanted stressed in "Purity," it is the death of privacy and the birth of paranoia. The characters of the book clearly knew how that tasted. The Guardian, which tagged the book as "piercingly brilliant," says that Franzen made sure to underline the Internet's power and how it wrongly justified an emoticon equates to real emotion, which for him, "takes 600 pages to convey."

"This novel, with its baggy plot and big heart and seductive intelligence, proves his point in a mere 563," the aforementioned site said.