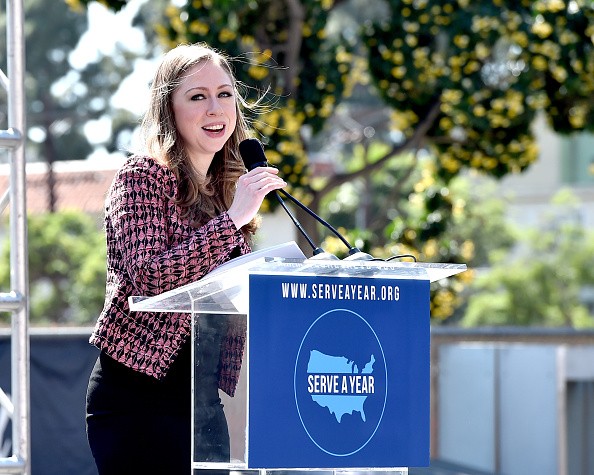 Titled "It's Your World: Get Informed, Get Inspired & Get Going," the book explores timely topics such as climate change, gender equality, epidemics and poverty, among other issues. Chelsea revealed few months back that it is her daughter Charlotte who got her into writing it.

"I wanted my daughter to grow up in a world where kids are informed about what's happening, feel empowered to make a difference and ultimately take action on issues they care about," Chelsea told People. "I loved the book '50 Simple Things Kids Can Do to Save the Earth' and remember wishing there were books like that on other issues I cared about. This book is my attempt to do that for kids today."

Aimed at children ages 10 to 14, "It's Your World: Get Informed, Get Inspired & Get Going" is available on bookstores beginning Sept. 15, the outlet reported.

Chelsea tells the book's readers, "When I was in elementary school, I cut up those plastic rings you'd find around six packs of soda, glued them to brightly-colored construction paper (purple was my favorite), and handed them out to my parents, grandparents and grandparents' friends in a one-girl campaign to raise awareness about the dangers that plastic six-pack rings posed to marine wildlife around the world."

At first glance, the book may appear as visual overload -- but the creative combination of facts, charts, photographs, captions and all relevant information ultimately coincide with its primary message: children can do as much things to influence the planet.

The New York Times points that Chelsea "breaks it all down" with statistics, topped with historical context and possible solutions. While this may be interesting to some, the outlet comments that the style of her writing would seem perfectly at home "in a stack of middle-school term papers."

The statistical data, while eye-opening at their finest, is nonstop river, the NY Times notes that they seem "curiously unsuited to a book that aims to change hearts and minds."

Meanwhile, the Washington Post writes that Chelsea has made effort to become relatable, though the outlet is convinced that she seems to have written a book for her younger self.

Most definitely, "It's Your World" is a testament to Chelsea's sensitivity and concern for the rest of the world, as well as the urge to inspire the next generation into taking action sooner than later.