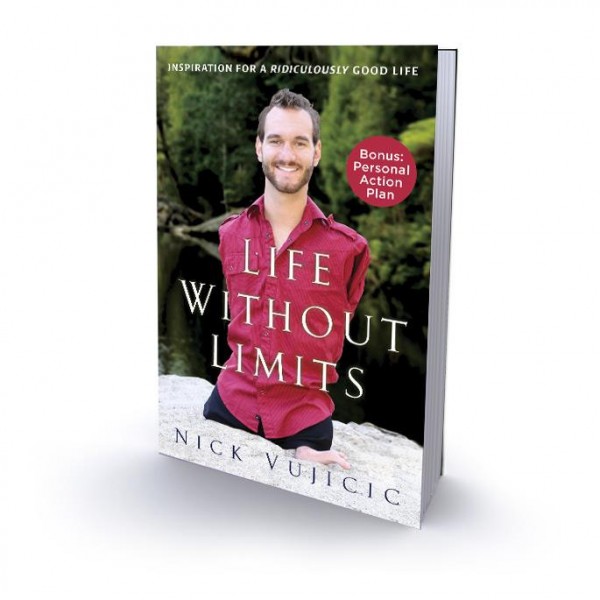 Everybody has their own struggles and difficulties in life to deal with. People only vary in getting through all those difficulties.

The following authors are people who made it through some of the most difficult situations in life-living a life without arms and legs or being diagnosed of two forms of cancer.

Life Without Limbs: Inspiration for a Ridiculously Good Life by Nick Vujicic

Children usually complain about not having enough clothes or toys; Nick Vujicic was born without arms and legs.

In this book, Nick shows how the lack of arms and legs did not stop him from living a happy and fulfilling life.

As he suffered through depression and loneliness in his childhood and adolescence years, he wondered why he was born different and if he had a purpose in life.

At 19, Nick began his life as a speaker. He has now traveled around the world and has shared his story to million of people.

Breaking Night: A Memoir of Forgiveness, Survival, and My Journey from Homeless to Harvard by Liz Murray

Born to two drug-addicted parents, Murray never had a stable home. At fifteen, she became homeless and started late in her high school.

In her memoir "Breaking Night", Liz Murray shares her journey from homeless to Harvard. From sleeping in subways and foraging for food, she graduated from high school in two years and won a New York Times scholarship.

"Keep Climbing: How I Beat Cancer and Reached the Top of the World" by Sean Swarner

Many have already reached the top of the Mt. Everest, but Sean Swarner is the first cancer survivor to do so. Not only was he diagnosed of one cancer, but two deadly and unrelated forms of it.

With only one functioning lung and only fourteen days to live, Sean took the journey and reached the top of the world.

"Miracle in the Andes" by Nando Parrado

Nando Parrado is a member of the rugby team carried by the plane that crashed in the Andes in 1972. They tried to survive 72 days of hunger with no rescue in sight.

In this book, Parrado writes about the tragedy he experienced and the knowledge he got out of it. Nando reveals how a near-death experience can change a person and the meaning of life.

"The Last Lecture" by Randy Pausch

"If you had one last lecture to give before you die, what would it be?" Randy Pausch asked in his last lecture. Professors are typically asked of the question to test which things matter most to them.

When he was diagnosed of terminal cancer, Randy Pausch literally made his "last lecture". Despite the knowledge that he is dying, he gave a talk that was full of life. He talked about dreams, moments in life, time and everything he knew about living.

In this book, a dying person writes about the wonders of live, of living it, cherishing it, appreciating it and sharing it.