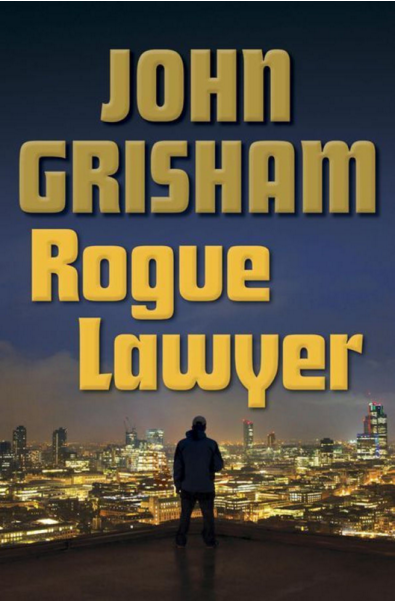 Halloween is a time for scares and thrillers and as if the bestselling author John Grisham was appointed by his horde of fans to make the monster season better, the novelist delivers with an all-new, no holds barred thriller "Rogue Lawyer" set to release on Oct. 20.

The book follows the story of Sebastian Rudd, whose line of work inspired the name of the book. As described in the official John Grisham website, Rudd "is in no way your typical street lawyer." He's different from the others out there in more ways than one.

For starters, he practices law not within a walled, normal workplace (he had one until it was firebombed by who he believes was the police or some drug dealers) but his office sounds more fun, thrilling and cozy.

"He works out of a customized van, complete with bulletproof windows, Wi-Fi, a small fridge for his beer, a small bar for his booze and a half case of single-batch bourbon, a hidden compartment for his guns, fine leather chairs for his clients, and a heavily armed driver," read the introduction.

For New York Times, "Rogue Lawyer" reinstated the fact that Grisham is "really good," adding that the author falsifies the belief that quality is a rare thing for authors who put out a number of books and whose names appear more than once in a year on "New Arrivals" shelves.

The site reviews that the protagonist in the upcoming title "is a kind of social justice warrior, and Grisham uses him to take jabs at the legal system."

In the book, the gun-toting street lawyer, who in the past was persistently an old lag for contempt and was a con artist using the courtroom as his stage, will be frequently seen an agent of social justice.

He is often up to calling out the mass incarceration of black men, rebuking "trigger-happy cops" and bringing down judges and district attorneys who are in the post for the fame rather than integrity.

For Washington Post, the latest Grisham title is "so cleverly plotted, it could be used as a how-to manual in fiction-writing courses." The first chapters feel like they form a collection of short thriller stories and not an interweaving of a much bigger tale.

Meanwhile, for Jacksonville.com, "Rogue Lawyer" shows that Grisham "is back in the fast lane with this one."