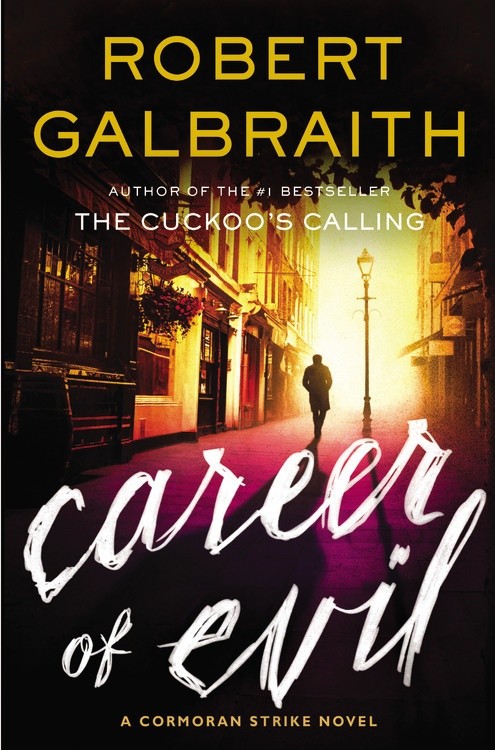 A new Robert Galbraith aka JK Rowling book is out now and initially, it illustrates that the "Harry Potter" author can write enthralling tales outside of Hogwarts-ones that are bloodcurdling, too.

In the new book, titled "Career of Evil," Cormoran Strike and Robin Ellacott are back with another crime to solve, one that involves a severed leg of a 16-year-old and has all the potentials to completely knock out his already struggling business.

Their investigation narrows to four people, who the private detective believes have the heart and the motive to do such despicable actions. They must race against the ticking clock in nabbing the psychopath with a knack for hacking his victims because he has his eyes on Robin.

According to New York Times, the new Galbraith novel is "heavy-handed and often grisly" and believes that in the Cormon Strike saga, which started off with "The Cuckoo's Calling" and continued with "Silkworm," "Career of Evil" has "by far the most compelling elements."

On the other hand, Galbraith caught the attention of Chicago Tribune with his spot-on storytelling on the stalking portions of the book, which is "so easily overcomes the creaky predictability (and ultimate dip in credibility) of the stalker narrative."

Meanwhile, Little, Brown and Company, which snagged the rights for the book in the US, has cooked up a fun new campaign that will put the spotlight on the newly-released tome. Launching today, Oct. 21, is the "release your inner detective" campaign, which takes readers in a unique getaway.

To get the word out about the new Galbraith book, the publisher worked with PR agency Tin Man and promises an "escape experience" to the participants who naturally have the extreme knack for reading and sleuthing.

Partakers of the campaign were pulled from a social media teaser phase (complete with an actual plaque at the lead character's office address) and had to answer a question about Robin from a voicemail especially recorded by Robert Glenister.

This will get them in the event. "Further Galbraith readers and crime fiction enthusiasts will then have the chance to win a place through social media competitions, and a wider audience will be reached via a competition run through the Bauer network and London listings coverage," Little, Brown and Company group publicity director Tamsin Kitson said via The Bookseller.

"Career of Evil" by Robert Galbraith is out now.