JK Rowling Reveals Why She Passed On Cultural Israel Boycott 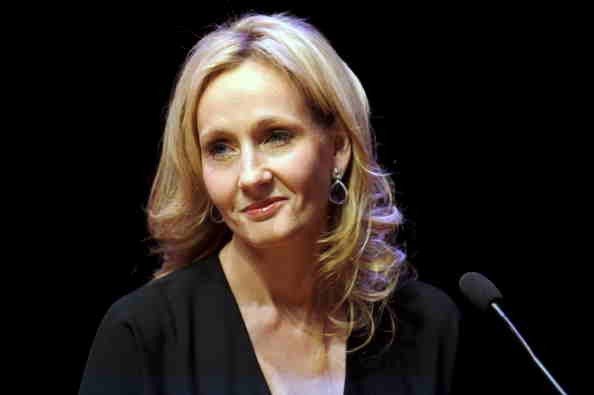 "Harry Potter" author JK Rowling opposes the cultural boycott of Israel, which was lobbied by 700 artists in protest against Israeli Prime Minister Binyamin Netanyahu's actions. On Twitter, where her usual Hogwarts-related titbits thrive, the author explained why she reached such decision.

Rowling believes in the power of art and not in what is expected of the boycott to do. She explains that in no way will the boycott force Netanyahu out of power and if anyone is to suffer, she says it won't be the PM but the Israelis, who did not even want him in the seat.

The bestselling author believes that the movement certainly won't end the conflict and won't lead to peace. She writes via Entertainment Weekly, "The sharing of art and literature across borders constitutes an immense power for good in this world."

To further elucidate her point, Rowling cited the work of renowned Palestinian poet Mahmoud Darwish, which for her, "civilises, challenges, and reminds us of our common humanity." Using more of the bard's writings, she argued:

"At a time when the stigmatisation of religions and ethnicities seems to be on the rise, I believe strongly that cultural dialogue and collaboration is more important than ever before and that cultural boycotts are divisive, discriminatory and counterproductive."

Some of the fans found her explanation lacking. Others made allusions to her bestselling "Harry Potter" books by comparing citizens of Israel to the likes of the saga's main baddies Voldemort and the Death Eaters.

In response, Rowling explained once again with another character, Dumbledore, who she calls the "moral heart" of the tomes. She made a reference to a "Deathly Hallows" scene that involves the brilliant headmaster meeting up with Snape on a windy hilltop despite his knowledge of his evil tendencies.

"Dumbledore is an academic and he believes that certain channels of communication should always remain open," Rowling explained. She acknowledged the fact that talking does not always do the trick on "wilfully closed minds."

But she countered that "the course of [her] fictional war was forever changed when Snape chose to abandon the course on which he was set, and Dumbledore helped him do it."

According to The Guardian, Rowling finds herself once again challenged by more Twitter users, a notable one being a Palestinian. Rowling finds herself elaborating her decision about the boycott once more, and said that such crusade targets only "those most critical of govt inside Israel & those views should be heard."