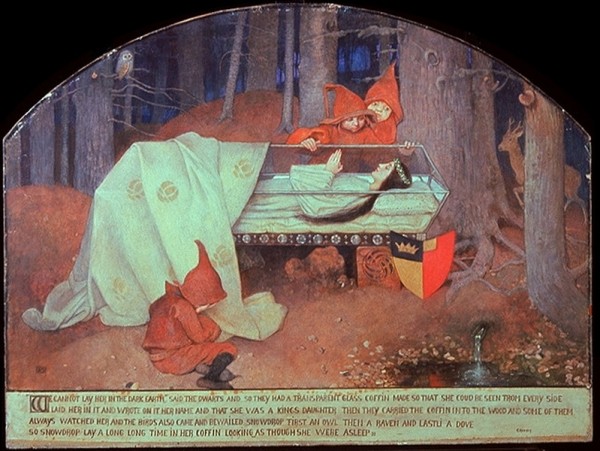 In an interview with World Literature Today, author Michael Cunningham talks about his latest book, "A Wild Swan and Other Tales," the origins of his ongoing fascination for fairy tales, and what he thinks really happens after the infamous "happily ever after" line.

Cunningham is best-known for penning the novel, "The Hours" and "A Home at The End of the World." He won the Pulitzer Prize for Fiction in 1999 for "The Hours." It was also successfully adapted into a film starring Meryl Streep, Nicole Kidman, and Julianne Moore.

His new book, "A Wild Swan and Other Tales," is a collection of fairy tale retellings based from both obscure and well-known stories from the Brothers Grimm and Hans Christian Andersen. Wild Swan is accompanied by illustrations from artist Yuko Shimizu, which add an ominous, magical, and mystical air to the stories.

Fairy tale retellings have become popular as of late, from the sanitized Disney versions to darker versions. Cunningham insists that his retellings are strictly for adults and not for children. He says, "These retellings are sexual and dark, and it's not only what happens after 'happily ever after', it's 'what was really going on here?' What is it about a prince who wants to carry off and marry a dead girl? What's that about?"

He talks about how his fascination for fairy tales began. His parents read him fairy tales when he was a kid, and when they got to the end, he would always ask what happens next after "ever after". He had always wanted to know what happened beyond the story, and it was this curiosity that drove him to explore his own imagination of what events would have been really like after "ever after".

Surprisingly, Cunningham does not strongly dislike the Disney film versions of fairy tales, saying he grew up watching them. He particularly loved the 1930s Disney version of Snow White because it "has a lot of ghoulish visual quotations from horror films in it".

Cunningham also talks about books that have influenced him as a kid. He read books most of the time and enjoyed them. His favorites include "Winnie the Pooh" and "A Wrinkle in Time" by Madeleine L'Engle. He was impressed by L'Engle's science fantasy novel and read it again and again.

World Literature Today posted an excerpt from A Wild Swan: "Fairy tales are generally moral tales." But in Cunningham's own retellings, the stories go well beyond the moral aspect and convince readers that there is something more to the tale.