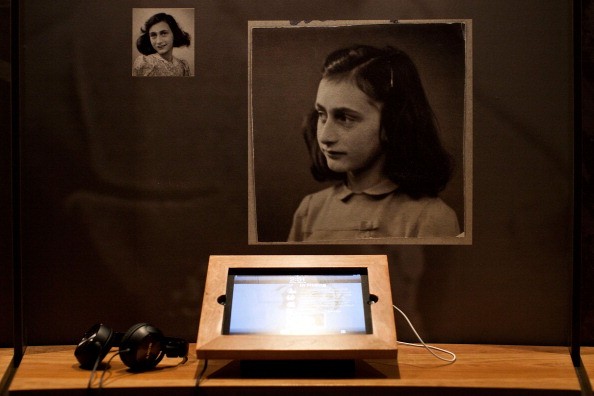 NEW YORK, NY - MARCH 26: An iPad with interactive features used to educate people about Anne Frank's story is seen at the Anne Frank Center USA on March 26, 2012 in New York City. The center, which opened on March 15, 2012, attempts to inspire tolerance by sharing about the life and thoughts of Anne Frank, a victim of the Holocaust.
(Photo : Andrew Burton/Getty Images)

A new co-author of Anne Frank's "Diary of a Young Girl" has been named in the person of Anne's father, Otto Frank. The Anne Frank Fonds, an organization in Switzerland that holds the copyright of the historical piece of writing, has formally made the change just recently.

The move was made just in time before the European copyrights for the diaries that last for 70 years subsequent to the author's death expire. Anne died in 1945 in the Bergen-Belsen concentration camp when she was 15. The book was supposed to enter the public domain in 2016.

"Diary of a Young Girl" recounts Anne's family struggles when Nazis took over back half a century ago. Galley Cat reported that before the move, Otto was merely acknowledged as the editor of the book who wrote the diary's prologue and had it published.

Now, the foundation argues that the work Otto did on the diary (he edited and organized the entries into "kind of a collage") is enough to entitle him as co-author. But as far as the book itself goes, there will be no alterations following the authorship shakeup.

With the change in effect, the Anne Frank foundation warns publisher not to put out the book in any way, shape or form. Publishing it would entail request for consent and purchasing royalties. When the news broke out, there was a lot of criticism that headed the group's way.

Anne Frank House was one of the first units to protest the move. "Otto Frank nor any other person is co-author," Anne Frank House spokeswoman Maatje Mostart told NY Times. The museum has been heavily preparing for the European copyrights to expire.

It was planning "an elaborate web version of the diary" as quoted by Arstechnica. The museum enlisted historians and researchers for this big project. "We haven't decided yet when or how the results will be published. Any publishing will always be done within the legal frameworks," Mostart added.

As NY Times recounted, Anne was arrested following a tip that she and her family had been hiding in the annex of a Prinsengracht factory. Otto was the only one that gets to survive and made sure to preserve his daughter's legacy.

By 1960, Otto, with the help of the City of Amsterdam, maintained the establishment his family saw as a temporary refuge and eventually became the Anne Frank House. Three years later, he started a foundation that allowed him to amass royalties for the diary, which he donated to various charities.