Self-Help Books Not Helping at All? Shocking Warning Revealed by Experts! 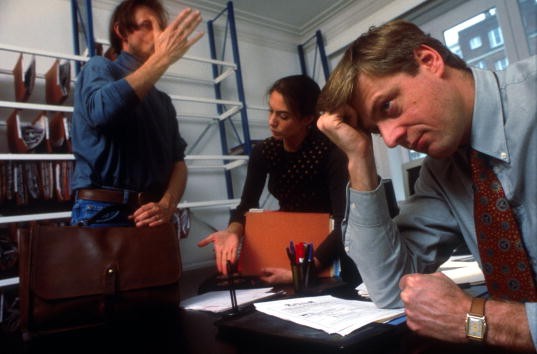 Self-help books are not living up to their names, a group of researchers at the University of Montreal has learned in a new study. After conducting a research on how effective the guides and manual books really are, they found out that these tomes offer something else and that is the least readers would expect - stress.

For the study, the team interviewed a total of 30 participants, 15 of those read self-help books. The researchers used various elements to measure the stress level of the participants- openness, self-discipline and depressive symptoms among others, as indicated in the study picked up by Science Daily.

This allowed the University of Montreal researchers to put their subjects under two categories: those who favored the problem-focused self-help volumes such as "Why Is It Always About You?" and "How Can I Forgive You?: The Courage to Forgive, the Freedom Not To" and those who opted for the growth-oriented titles such as "You're Stronger Than You Think" and "How to Stop Worrying and Start Living."

After testing the level of stress hormone cortisol in the participants' saliva as they flipped through the books, it was discovered that the former demonstrated greater depressive symptoms while the latter exhibited greater stress than those that do not read the books of their preference.

"Initially, we thought we had observed a difference in participants in terms of personality, sense of control, and self-esteem based on their self-help reading habits," Centre of Studies on Human Stress doctoral student Catherine Raymond, who is also one of the study's authors, said to Psychcentral.

"In reality, there seems to be no difference between those who read and those who do not read these types of books," she explained.

Meanwhile, CSHS director Dr. Sonia Lupien clarified that whether or not reading self-help books heightens the stress reactivity of the reader or simply makes him or her more responsive to stressful situations needs further research. Nonetheless, Lupien maintained that one thing is likely.

"It seems that these books do not produce the desired effects," she stated to Psychcentral, adding that "if such books were truly effective, reading just one would be enough to solve our problems."

Lupien then resorted to advising readers to make sure that the book they grab is backed up by scientifically proven facts so that they won't be "disappointed."  She also urges them to choose ones that are only penned by experts in the field.