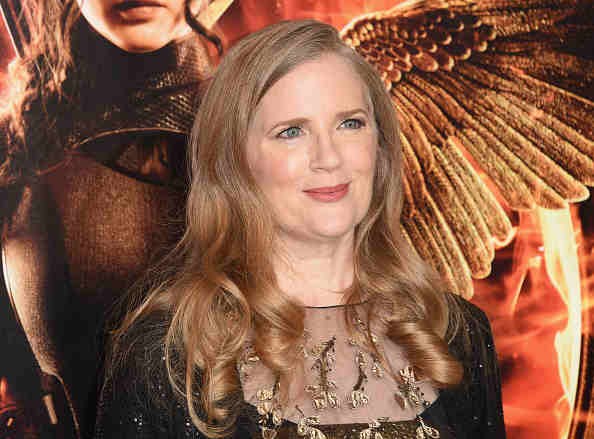 With the premiere week of the "Hunger Games: Mockingjay" Part 2, the action-packed, heart-stopping culminating film in the popular young adult blockbuster franchise based on the books written by Suzanne Collins, in full swing, the author knew a leave-taking is in order. But before that, the author sent big love to the people that made it all possible.

The novelist commemorated the finale of one of the biggest, most prominent movie series with a letter she posted on the Scholastic blog thanking the team behind all four films -- the people in front and behind the camera that brought Katniss Everdeen's story of bravery to the silver screen and to the lives of millions of moviegoers.

"Having spent the last decade in Panem, it's time to move on to other lands," Collins wrote. "But before I do, I'd like to say a tremendous thank you to everyone associated with the film franchise. I'm thrilled with how this quartet of films, which I find both faithful to the books and innovative in its own right, has been brought to life on the screen," she added.

Collins expressed gratitude to Francis Lawrence, the director with "unfailing good nature" who helmed the last three "Hunger Games" films "with his incredible visual style, edge-of-your-seat action sequences, and hardcore commitment to difficult themes." The author did not forget to thank Gary Ross, who directed the first film in the franchise and also helped with the screenplay.

The "Hunger Games" author also expressed appreciation to Billy Ray, Simon Beaufoy, Michael Arndt, Danny Strong and Peter Craig for having effectively and superbly "transformed three books into four scripts." Collins also made sure to give some love to Phil Messina for making Panem tangible and James Newton Howard for giving the movies greater life with  his scoring.

Also in the letter, the writer said that she couldn't have asked for a better Katniss Everdeen, with Jennifer Lawrence's "emotional depth, luminous presence, and sheer power" making the heart of the films the brave and bold heroine she really is.  "I will always be grateful to you for opening the door and allowing it to come into your life," she wrote of the actress.

Collins also expressed how happy she was with the cast that she now calls her family. The writer admires each and every one of the actors that gave life to the characters from her "Hunger Games" books all while they were wearing "outlandish wigs, while fighting lizard mutts, pumped with tracker jacker serum, waging war and so much more."

"Thank you for volunteering for the Games and inhabiting these characters with such texture, color, humor and pain," the author wrote before mentioning Nina Jacobson of studio Color Force, Jon Kilik, Tim Palen, Julie Fontaine and the entire Lionsgate team. Lastly, Collins thanked the reader who came, saw and conquered with the girl on fire.

"Hunger Games: Mockingjay" Part 2 is now in cinemas. It follows Katniss and the districts' journey to stop President Snow's tyranny. Chicago Tribune said that the film is dark and brooding.