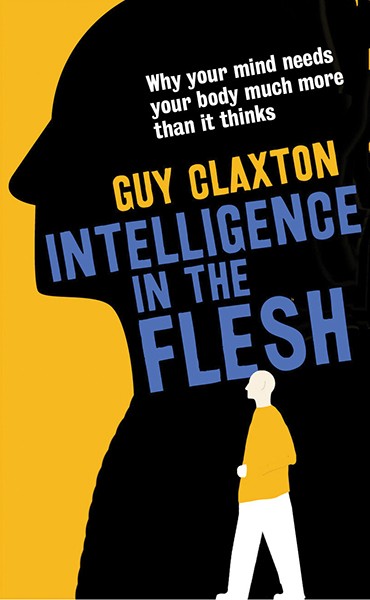 Veteran cognitive scientist Guy Claxton threw light on the long withstanding belief that the body and brain are two different things. In his new book "Intelligence in the Flesh," he argued that neither of the two is in charge or is superior to the other.

For as long as one can remember, it was insisted that the brain works independently from the rest of the body. Claxton wrote that this belief started in ancient Greece and was intensely upheld by early Christians who maintained that the brain is errant and has its own way.

"The body, the gut, the senses, the immune system, the lymphatic system, are so instantaneously and so complicatedly interacting with the brain that you can't draw a line across the neck and say above the line it's smart and below the line it's menial," Claxton wrote.

Claxton is here to bring back together the originally interconnected units. He said that intelligence is a product of the body and the brain working as a well-oiled machine. This idea is the very core of a new field called embodied cognition, which recognizes cognitive processes as one with senses and motor functions.

The expert heavily relied on this pitch in "Intelligence in the Flesh." In the book, he made an example out of two groups of children attempting to learn an origami trick. The first group of children is from the traditional Mayan communities in Mexico while the other is composed of five-year-olds from the US.

The kids were asked to watch the researcher doing the trick so they could learn it. The Mayan kids observed quietly while the other group of youngsters moved about and fidgeted while they did. A week later, the former can easily achieve the trick while the latter struggled.

"More literate and numerate the American children may be but somewhere along the line they had sacrificed other, less intellectual but equally valuable, learning opportunities," Claxton commented via Financial Times.

Here, the expert explained that the modern western culture contributed to the result of the study. Youngsters are getting used to an inactive and deskbound lifestyle which includes too much television, internet or computer games or simply the fears of parents about the dangers of the outside world.

Another experiment in "Intelligence in the Flesh" showed how Botox could only affect so far as the emotional intelligence and not the brain itself with the participants that received the Botox mostly failing to recognize facial expressions through someone's eyes as compared to those who did not.

Claxton believed that it's time to end the misconception that the brain and the body work without each other's help. The expert suggests that it only takes growing more in-tune with the body to understand that.

To be able to do that, Claxton recommended mindfulness meditation, exercise and biofeedback training -- all of which will help individuals become "aware" of their own bodies. This is called "interoceptive awareness."