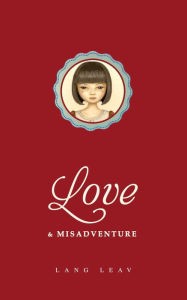 Lang Leav's work is described in her website as a mix of "the whimsical and woeful, expressing a complexity beneath its child-like facade." Thanks to her imagination and her way with words, she is now one of the bestselling and most popular poets of this generation.

The poet started her literary career back in 2013, when she decided to self-publish a book called "Love & Misadventure." The book exploded much to her surprise and delight. Before Leav had time to take in everything, the poetry collection is already an international bestseller and she already has thousands of fans.

It did not take long before "Love & Misadventure" clambered successfully to the top spot in the list of Amazon's best-selling book of love poems. Leav released two more equally successful poem collections later on.

"Lullabies" released last year is on the fourth spot of the said Amazon bestseller list while her latest outing "Memories" has already sold more than 300,000 copies merely a month after being published. Leav still unable to come to terms of the success she has achieved.

"I always knew I would do something with books but having three international bestsellers has gone beyond my wildest dreams," the Thailand-born poet told The Guardian. Leav, as per the publication describes, is an Instapoet (Instagram poet).

The romantic poet, however, is just starting out harnessing the power of Instagram but Leav can already be considered as one of the new breed of poets around such as Instagram poetry sensations Rupi Kaur and Tyler Knott Gregson, who love to fill their feeds not with selfies but with beautiful words stitched together forming viral masterpieces.

On Tumblr, Leav has 50,000 followers and counting at the edge of their seats for her to post new writings. She has almost a million followers across her social media accounts. The author is very much into penning heartfelt, relatable and metaphor-laden poems on every aspect of love, loss relationship and everything in between.

"When love finds you, it doesn't come with crashing waves or thunderbolts. It appears as a song on the radio or a particular blue in the sky. It dawns on you slowly, like a warm winter sunrise - where the promise of summer shines out from within," Leav wrote beautifully in one of her pieces in "Memories".

For those who would like to check out Leav's works, she shares them on Facebook,Twitter, Instagram and her blog.