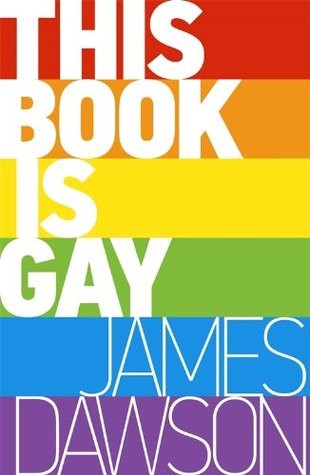 "This Book is Gay" by young adult author James Dawson is now the subject of protest and debate in Wasilla, Alaska after it was found tucked in the juvenile section of Wasilla Public Library. The controversy started after the 10-year-old son of Vanessa Campbell happened upon the book.

Campbell was knocked for six when she realized that the book her kid is examining was filled with descriptions and illustrations that depict gay sex acts. The shocked mom immediately called the attention of the library to have it relocated.

"I felt it was too sexually explicit to have in the younger section," Campbell told the Frontiersman. "I'm not challenging this book at all because it's addressed to LGBTQ people. It just shouldn't be in the mix with children's books," the mother clarified.

According to Alaska Dispatch News, Campbell formally requested to Library Director Kathy Martin-Albright to reconsider moving the book to a different section of the library but Albright concluded that "This Book is Gay" is properly situated.

Campbell argued the director's ruling and later talked it out in a three-member review committee, which was unexpected flocked by a great number of residents of Wasilla but they were turned away because the venue does not have room for them and the meeting was not public in the first place.

In a second council meeting that made to accommodate a bigger number of participants, some asked why they weren't informed about the book's availability in the library. Some described the book as pornographic and the librarians were labelled as pedophiles.

"I can't imagine what kind of person would order that material and want to make it readily available for children," Wasilla resident Emily Hardy said. "That is straight-up pedophile kind of behavior," she went on to say.

When such offensive remarks were unleashed, Friends of the Library president Jeanne Troshynski felt the need to defend Albright from the so-called "character assassination." Earlier this year, Albright has already clarified the shelving system in the library.

"Adults who have limited reading skills don't feel comfortable going into a children's section to get materials or information, even though it might be more appropriate and easier for them to understand those," she said via Advocate.

"But they will browse everything interfiled, and it's the same with accelerated readers," she added.

Albright said that "This Book is Gay," which is billed as "an uncensored look at what it's like to grow up as LGBT" might stay in the Juvenile Nonfiction section but will be relocated to the health subsection but a formal ruling will be released on Dec. 6.

"I don't know, the book doesn't sound that great to me, but it's a public library," Troshynski said. "And yes, we are censoring if we kick the book out," she added.

In defense of his book, Dawson wrote to Frontiersman saying "If parents think internet savvy young adults aren't aware of what consenting adults do in bed, they're kidding themselves. Would they rather they saw it in pornography or would they rather they took a responsible, sensible non-fiction title out of a library?"