Harper Lee Books on Sale! 500 Signed Copies Up For Grabs 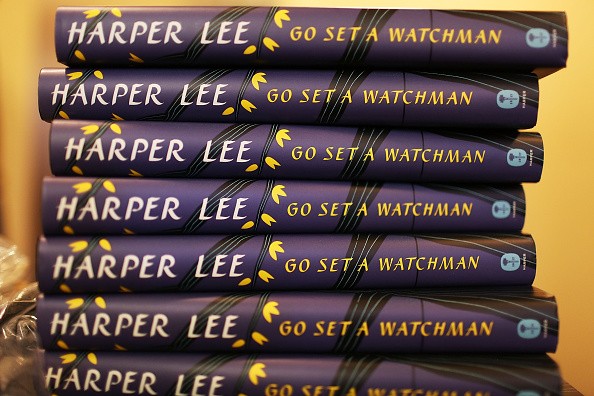 CORAL GABLES, FL - JULY 14: The newly released book authored by Harper Lee, 'Go Set a Watchman', is seen on sale at the Books and Books store on July 14, 2015 in Coral Gables, Florida. The book went on sale today and is Lee's first book since she released her classic, 'To Kill A Mockingbird', 55 years ago.
(Photo : Joe Raedle/ Getty Images)

Harper Lee's second novel "Go Set a Watchman" was an instant hit when it was released July of this year. HarperCollins, who published the book, is set to release 500 limited-edition copies of the novel at a $1,500 price tag. Apart from being signed by the author herself, the copies are leather-bound with gold edges. A velvet-lined cloth box completes the package.

Lee, who is the author of the classic "To Kill a Mockingbird" published in 1960, vowed never to write another book so the news of her second novel was met with public debate and anticipation. According to the New York Times, "Go Set a Watchman" sold more then two million copies within the first month of release.

As a sequel to her well-loved first novel, "Go Set a Watchman" introduces us to an aging Atticus and an adult Scout 20 years after the first novel. Atticus, who in "Mockingbird" served as a hero and a paragon of integrity for standing up to racism, is depicted in "Watchman" as a racist opposed to integration. Scout then serves as the book's moral compass and the novel follows her struggles with bigotry and other personal and political issues present in her community of Maycomb, Ala.

According to the BBC, Amazon has stated that "Watchman" had been one of their most pre-ordered book, second only to "Harry Potter and the Deathly Hallows" released in 2007. The fact that "Mockingbird" is a critically-acclaimed classic studied widely in schools in the contributed to the anticipation surrounding the sequel.

Lee originally wrote "Watchman" in the 1950s and the manuscript was discovered by Tonja Carter, Lee's lawyer, when she was doing an appraisal of Lee's estates in her hometown of Monroe, Ala. The manuscript was thought to be lost.

"In the mid-1950s, I completed a novel called 'Go Set a Watchman'. It features the character known as Scout as an adult woman and I thought it a pretty decent effort," Lee said in a press release.  "I hadn't realized it had survived, so was surprised and delighted when my dear friend and lawyer Tonja Carter discovered it. After much thought and hesitation I shared it with a handful of people I trust and was pleased to hear that they considered it worthy of publication. I am humbled and amazed that this will now be published after all these years," she added.

Rare copies of "Mockingbird" command a price tag of thousands of dollars. According to the New York Times, signed first edition copies in good condition can sell for $20,000. It is expected that the special signed edition of "Watchman" will be a hit among collectors.

"I bet it sells out very quickly," said Adina Cohen of Argosy Bookstore, a rare-books store in New York City, in an interview with the New York Times. "That's a very reasonable price, because she's so collected, and it's amazing that she's still alive."