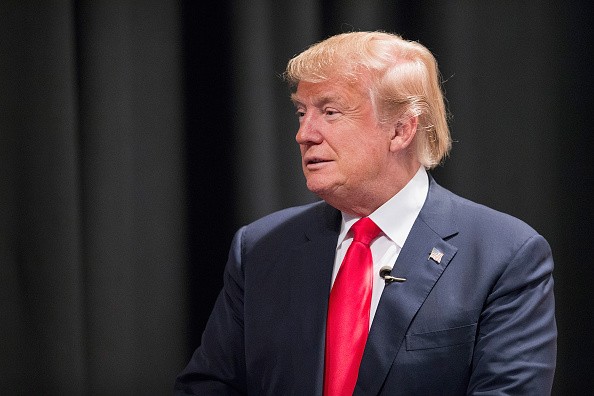 The words and statements articulated by presidential candidate Donald Trump do more than just leave a mark. Catapulting the mogul-turned-politician into a full-fledged agent of verses, the speeches, remarks and even all the tweets voiced by Trump will be collected into a poetry book called "Bard of the Deal."

Award-winning reporter Hart Seely will do the task of putting all these precious verbalizations, which were extracted from the last 30 years of speeches, interviews and social media ramblings of the 69-year-old business magnate, into one convenient place.

HarperCollins, which will publish "Bard of the Deal" on Dec. 15, promises that "not a word is changed" from the "treasury of spoken poetry" that will appear in the book. The publisher vows that no alterations were done and that all the rhymes to be featured there are copied to the letter.

"Since the 1980s, Trump has built his verses like his casinos, using only the highest quality words and phrases, regardless of cost. He's run a real estate empire, achieved a net worth of ten billion dollars, scripted best-sellers, and starred in the top-rated TV show The Apprentice," HarperCollins stated in the book's description.

"Like a colossus, he bestrides the cultural world as if it were the bottle-strewn boardwalk of Atlantic City. But until now, Trump's poetry-delivered spontaneously in moments of enduring clarity-has gone unnoticed, (making it the only aspect of Trump to be that way)," the summary further reads.

Referring to Trump as "The Donald," HarperCollins also states that with every word and sentences coming out of Trump's mouth, he does not let himself be limited by political correctness or even grammar, "because among world class poets, there don't be no grammar, there only be truth... big time!"

HarperCollins showed a glimpse of the entries in "Bard of the Deal" with a sample of Trump's eloquent showing during his appearance on "Meet the Press" on NBC back in Aug. 9 as per The Guardian. The piece is called "The Vicious Ones" and it reads:

I was attacked viciously

Of course, it's very hard for them

To attack me on looks,

Because I'm so good-looking.

But I was attacked very viciously

LA Times expects that "Bard of the Deal" will also feature another piece where the presidential candidate made his frustration felt toward Nabisco, the cookie manufacturer behind Oreo, which he intends to "never eat [again]."