Bill Gates' Top Book Picks of 2015: What You Can Learn From Them 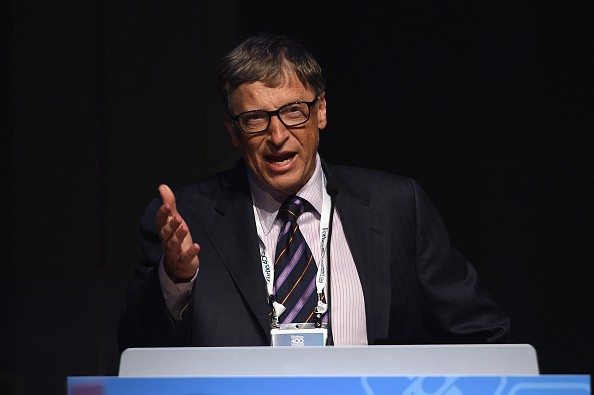 It isn't a surprise knowing that, every year, business magnate and Microsoft co-founder Bill Gates gorged on a great deal of books and this year isn't any different.

Unveiling his book list for 2015, Gates wrote in his blog: "I just looked over the list of books I read this year, and I noticed a pattern. A lot of them touch on a theme that I would call 'how things work.'"

For starters, an honorable mention in the list was "The Vital Question" by Nick Lane, which he described as "an amazing inquiry into the origins of life."

Gates stuffed himself this year with a pile of insightful titles, which readers would surely love to check out. Here are some of those his greatest picks for 2015:

The billionaire is a big fan of the "XKCD" creator, whose book "What If" Gates also had time to read and review. Two of Munroe's books are also part of his recommended reading list for summer and Gates thinks that the author's latest book is "a wonderful guide for curious minds."

In "Thing Explainer," Munroe attempts to explain with the 1,000 commonly used terms things complicated and complex that are otherwise explained with big, profound words. Gates loves this book for its "laugh-out-loud funny" jokes, as per LA Times.

2. "Being Nixon" by Evan Thomas

Gates loves how the balanced representation of the former and often criticized U.S. president.

"I was a little surprised to learn what a bad manager Nixon was. Although it doesn't compare to his other failings, Nixon's management style offers some good reminders of how not to run a team," Gates reviewed as quoted by Quartz.

The philanthropist loved the ideas presented by the group from University of Cambridge about how reusing is much better than recycling. Some examples he cited were steel and aluminium, which when reused again, not only help the environment by cut the emissions in half. Recycling also doesn't ask people to make as big of a sacrifice as they do now.

4. "The Road to Character" by David Brooks

For Gates, the masterpiece written by the New York Times columnist is "a thought-provoking look at what it means to live life well."

Gates celebrated his 60th birthday guided by the principles mentioned in this book, which features a career-oriented version of Adam from the Book of Genesis and one who wants to do good and be good.

In the book, Brooks quoted novelist Frederick Buechner, "At what point do my talents and deep gladness meet the world's deep need?"

Gates answers it by saying "I like that question a lot. It's the kind of question we can ask any day, not just on those milestone birthdays. It can remind us to pay attention to our neighbors around the world."

As per Quartz, it isn't a surprise Gates read about the historian of medicine's book about how Fred Soper dedicated his entire career to eliminating yellow fever, typhoid and malaria for good as making the world disease-free is what Gates Foundation lives for as well.

Gates says that reading Stepan's work should provide "a clearer sense of how we can use the lessons of the past to guide future efforts to save lives."

6. "Mindset: The New Psychology of Success" by Carol S. Dweck

This book is Dweck's attempt to show what's going on with growth mindsets and fixed mindsets, the concepts they churn out and how they apply to individuals. This psychology book ultimately made Gates realize that he has a little bit of both those mindsets.