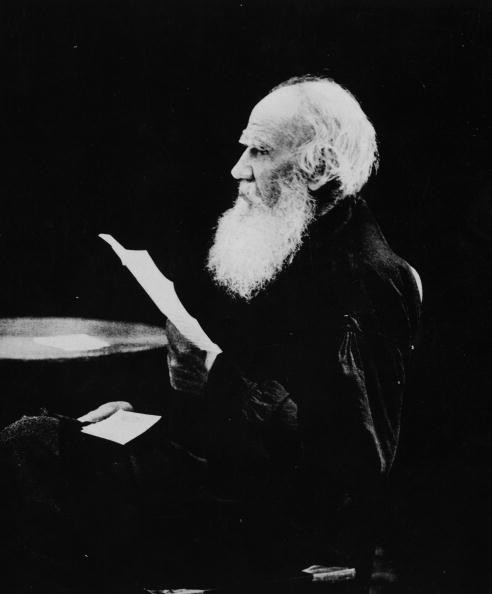 Russia has commenced its four-day reading marathon of Leo Tolstoy's grand masterpiece "War and Peace." According to NBC News, a total of 1,300 Russians are taking part in reading one of the country's greatest and most-prized pieces of literature with the event broadcasted on television and radio, and also streamed online.

The readers, who were drawn from a pool of 6,000 people that applied to be one of the readers, range from politicians to schoolchildren. Professors, filmmakers and even actors such as Fanny Ardant are also on board as well as cosmonaut Sergei Volkov, who read his part from the International Space Station. Each of them gets to read at least two to three minutes of the tremendously bulky narrative.

"This is the biggest reading of War and Peace in the world - a four-day marathon, uniting the whole country and people all over the world. [And] it is very democratic: we can have a minister of culture reading next to a student from Vladivostok, a great actor then an old lady reading from a library in Siberia," Tolstoy's great-great-granddaughter Fekla Tolstaya, one of the momentous affair's organizers, told The Guardian.

Tolstaya added that a lot of the large Tolstoy clan, who are scattered all over the world are also part of the reading. The Russian branch of the family, in fact, will read from the Tolstoy family estate, Yasnaya Polyana -- the same place Tolstoy started and finished the beastly masterpiece that is "War and Peace."

BBC quoted the people behind the phenomenal reading marathon for the book that contains at least 500,000 words is saying that the event "has no parallel in the whole world" and, indeed, it does not as it stretches from Kaliningrad to Kamchatka and from the Arctic all the way to London.

The throng of people taking part in the event makes Tolstaya believe that "we are all equal when we speak about literature" and books as basically everyone from all ages and walks of life "can find something for themselves in this book."

"War and Peace," whose scope is vast and characters both real and fictional abound, was published back in 1869. The introduction of the book is set in 1805 with Anna Pavlovna Scherer, the queen mother Maria Feodorovna's confidante, as one of the characters readers get to meet. Figures of the past such as Napoleon are also featured very early on in the story.

"For me it is extremely important to show the world that it is not only problems, and war and difficult things, happening in Russia, but that we can do something like this too," Tolstaya said, explaining the essence of the historic and record-breaking affair which is expected to conclude on Friday, Dec. 11.